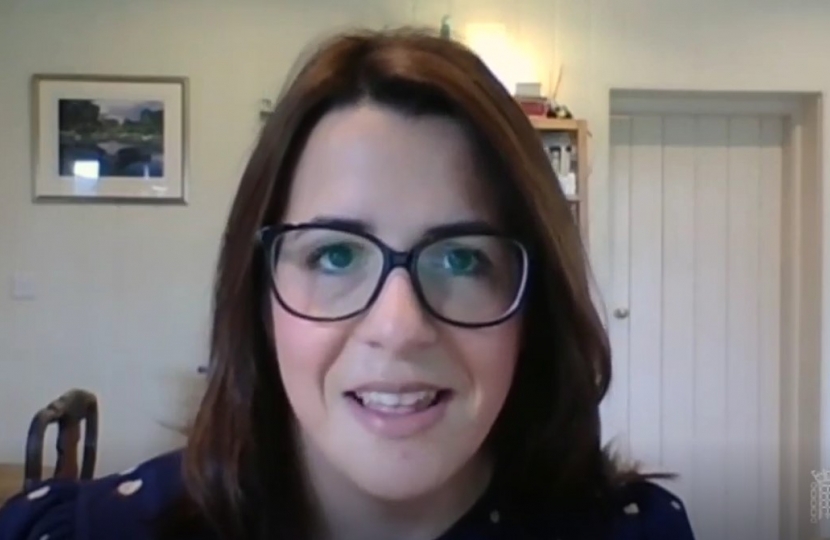 In response to a question from Fay Jones MP, the UK Government Veterans Minister has confirmed that work is underway to create a Veterans Commissioner for Wales.

Speaking virtually during Cabinet Office Questions, Miss Jones expressed her gratitude for the Minister’s work with the Secretary of State for Wales to create a Veterans Commissioner for Wales. She went on to say, “with so many veterans in and around Brecon, this would recognise the circumstances faced by Welsh veterans – where healthcare and education is controlled at a devolved level.”

Earlier this year, Fay Jones MP called for the creation of a Commissioner who would work to ensure that devolved powers are fully utilised to support current and former armed forces personnel. During the debate on the Armed Forces Bill, Miss Jones told the Veterans Minister that Wales is the only nation in the United Kingdom not to have a dedicated Veterans Commissioner.

The Secretary of State for Wales, Simon Hart MP later acknowledged Miss Jones’s work during a St David’s Day Debate in Parliament. He went on to confirm that the UK Government was “actively considering” options for a Veterans Commissioner for Wales to be created.

Today, Miss Jones asked the Veterans Minister to confirm that work to create the post is underway at pace and that the post holder will work across governments. The Minister reiterated the UK Government’s commitment to levelling up the experience of veterans across the UK and confirmed that work was ongoing with the Welsh Government to establish a Veterans Minister for Wales.

Speaking during the exchange in the House of Commons, Mr Mercer said: “I pay huge tribute to Miss Jones for campaigning so energetically on this issue. Veterans commissioners are incredibly important across this country. There is no doubt that in some areas you get excellent veterans care and in other places not so much. What this Government is absolutely committed to is levelling up that experience of veterans across the UK.”

He went on to say “we have a Veterans Commissioner in Scotland and in Northern Ireland for the first time. I am delighted that the Welsh Government is working with us towards that. We will deliver it so the whole of the United Kingdom becomes the best place in the world to be an Armed Forces veteran.”

“I am incredibly grateful for the Minister’s hard work on this topic - he has truly led the way in improving life for Armed Forces veterans across the UK , and has been proactive and receptive to my request for a Veterans Commissioner for Wales.

“With key public services such as healthcare and education devolved, cross-party work and co-operation between the UK and Welsh governments is vital to improving the lives of veterans in Wales.

“I very much look forward to seeing the outcome of the Minister’s work with the Welsh Government and the tangible benefits it will bring to those who have sacrificed so much to serve our country.”