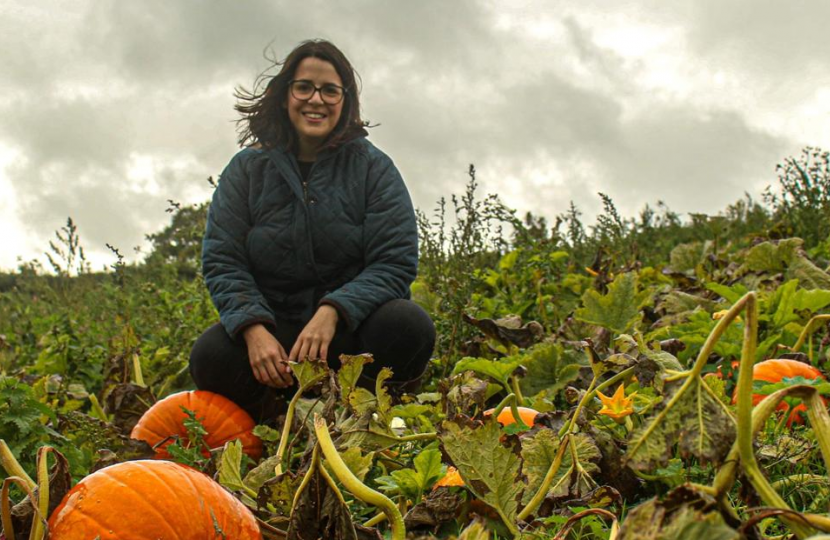 I was honoured to be elected as the Member of Parliament for Brecon and Radnorshire in December 2019.  I gave my Maiden Speech in Parliament in January 2020, which you can read here.

Born and brought up in Cardiff, I went to a local comprehensive school before studying French at King’s College, University of London.  I was inspired by my parents who spent their lives devoted to their community – my dad as a county councillor and later Member of Parliament, and my mum as a magistrate, community activist and charity coordinator.  I now live in the constituency near Crickhowell and I am proud to call it home.  My partner Tim is serving abroad with the British Army.

At 18 I left home and moved to Brussels to work for Jonathan Evans MEP (a former MP for Brecon and Radnorshire), before going on to London as researcher to David Jones MP in and around my time at university.  After graduating, my first job was as researcher to His Royal Highness The Prince of Wales.

I spent my career before going into Parliament in food and farming policy.  In 2012, I moved to the Department for Environment, Food and Rural Affairs to join the UK negotiating team in the 2011 Common Agricultural Policy reform.  I then joined the National Farmers Union, spending almost five years working on behalf of UK farmers, including a 3 year posting in the NFU’s Brussels office.

Despite having been interested in Conservative Party politics, it was only when I came home to Wales in 2017 that I decided to get involved.  I was active in my local association and then put my name forward as one of the candidates in the European Elections.  During the leadership election, I was asked to coordinate the activists supporting Boris Johnson’s campaign in Wales.  2019 was the first time I stood as a candidate in a General Election.

Away from politics, I am hugely keen on exercise.  A former cox with Twickenham Rowing Club, I've run a number of half marathons and triathlons for charity.  I completed a Half Ironman in 2013, followed by the 2014 New York Marathon for Prostate Cancer UK – raising over £10,000.  I am an enthusiastic cook and avid reader which is why Brecon and Radnorshire with all its butchers and bookshops is paradise for me.

Almost eight months ago, I was elected the Conservative Member of Parliament for Brecon and Radnorshire.  After about three hours sleep, I woke up the next day and thought about how much my life was about to change.  Some changes I expected, even hoped for – some I did not.  As Parliament’s summe