“Where is the money?” Fay Jones MP asks the Welsh Government 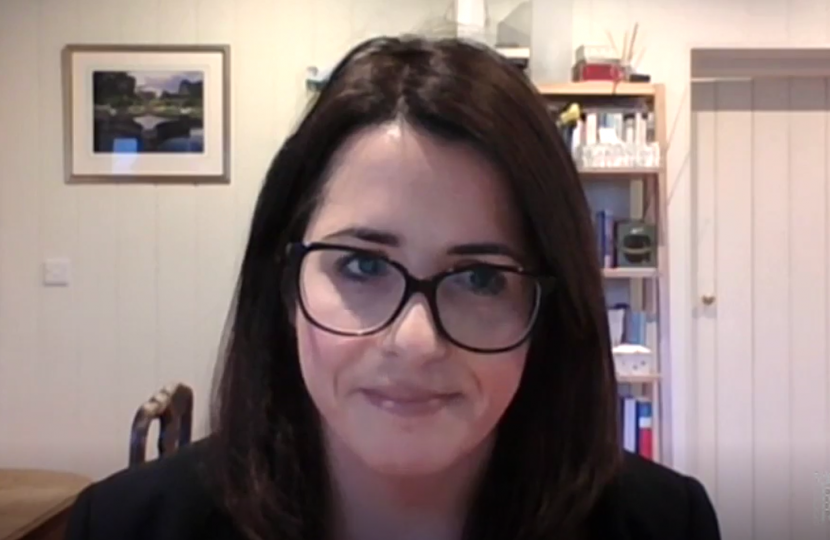 Speaking during an opposition day debate on supporting businesses and individuals through the coronavirus crisis, the Member of Parliament for Brecon and Radnorshire has spoken of the sacrifices made by individuals over the past year, and the thriving businesses in her constituency which have been forced to close in the name of public health.

Miss Jones recognised the £280bn economic package put in place by the UK Government to provide support for businesses and individuals impacted by the pandemic. Innovative schemes including the Coronavirus Job Retention Scheme (known as furlough), the Self Employment Income Support Scheme, and Bounce Back Loans, have been a lifeline for many businesses and individuals across the United Kingdom.

Many aspects of business support in Wales, however, are devolved and the responsibility of the Welsh Government. Since the beginning of the pandemic, Miss Jones described being contacted by deluge of businesses and individuals wondering how they will pay their bills – many have been unable to access existing Welsh Government support such as the Economic Resilience Fund and Business Rates Relief.

Miss Jones raised concerns about this substantial sum of unspent funds, telling her Labour colleagues to ask the Welsh Labour Government “where is the money?” instead of pre-emptively criticising the Budget announcement due next week. She would like to see this unspent funding channelled to those most impacted by the coronavirus pandemic – including the tourism and hospitality sectors, which rural areas like Brecon and Radnorshire heavily rely on.

“I am fed up of the Labour Party constantly calling for the UK Government to go further, when their own party colleagues in the Welsh Government are sitting on a small fortune of funding which could help struggling businesses keep the lights on.

“The Welsh Government urgently need to publish a detailed roadmap out of lockdown and channel this unspent funding to the frontline in order to help the businesses and individuals most impacted by this pandemic. The hospitality and tourism sectors are inevitably going to be some of the last to reopen and they need all the help they can get.