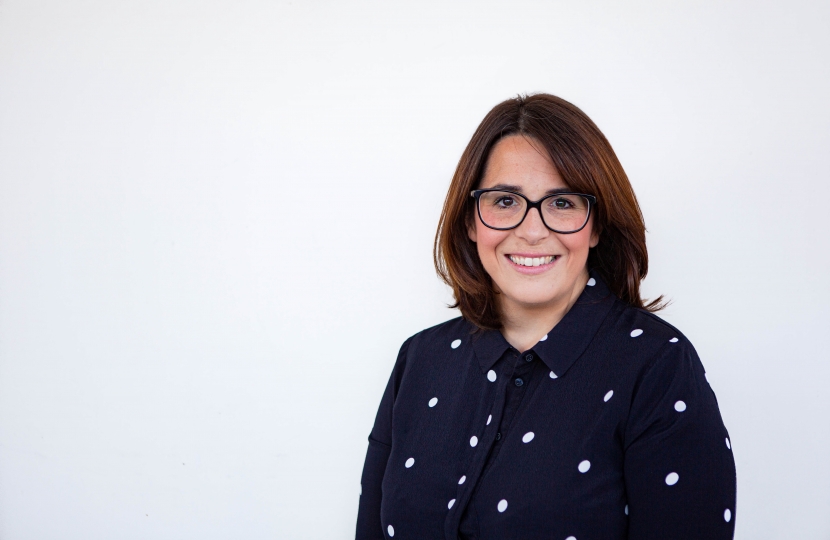 Brecon and Radnorshire’s MP argued for greater protection for rural banking services in a debate in Parliament last week.

Prompted by the closure of Barclays Bank in Llandrindod Wells, Fay Jones secured an emergency debate to discuss rural banking services.  The debate considered the rural community’s reliance on cash and the potential for using upcoming legislation to prevent rural areas from being without adequate banking facilities.

Opening her speech, Miss Jones applauded small businesses across the country who have adapted their systems to cater for isolated and elderly customers during the pandemic.  However, while many have been able to use new digital payment systems, elderly, vulnerable and lower income constituents (as well as businesses with poor broadband and mobile access) still rely on being able to withdraw cash.  Just six months into the pandemic, transactions at ATMs in Brecon and Radnorshire fell by 55%.

Miss Jones also highlighted the scarce number of rural banks in the constituency: “Brecon has four banks, and that is great news, but Ystradgynlais, the largest town in my constituency by population, has only one. Builth Wells has one. Hay-on-Wye has none. Crickhowell has none. Rhayader has none. Knighton has none” she told Members of Parliament.

MPs heard that some good progress had been made - the Government’s “Access to Cash Review” in 2019, the Chancellor’s commitment to legislate on the access to cash in The Budget and a recent amendment to the Financial Services Act 2021, allowing consumers to withdraw cashback from more retailers without having to make a purchase, all making a very positive difference.

However, with another rural bank about to close its doors, Miss Jones asked Treasury Ministers what more could be done.

Treasury Minister John Glen MP responded to her concerns and highlighted the Government’s plans to make it a legal requirement for retail banks to provide deposit and withdrawal facilities for customers within certain distances.  Miss Jones welcomed this move but urged the Treasury to remember the challenge of rural geography: “Miles are not the same in rural areas as they are in urban areas” she reminded the Minister.

Miss Jones also used the debate to praise the work of volunteers in Hay on Wye.  After the last bank left Hay on Wye in 2018, withdrawing cash has been difficult for many residents and businesses.  The problem was made worse earlier this year when the Post Office closed following the retirement of local postmaster Steve Like.

Miss Jones praised Access to Cash group, led by Josh Green, who have rallied together to boost the availability of cash facilities.  The group worked to include Hay in a pilot cashback scheme where customers can withdraw cash at a number of small businesses in the town.  On top of this, customers can speak to representatives of their bank at the Community Bank in Parish Hall in Lion Street once a month.

“I was glad the Speaker accepted my request for a debate on this issue.  Protecting access to cash is essential.  We talk a lot in Parliament about levelling up, and rightly so, but there can be no levelling up if we forget rural areas.”

In fairness, the Government has taken some really positive steps towards addressing the challenges but its important that Ministers remember just how tricky accessing these types of services are in Brecon and Radnorshire.  I am glad the Minister understands this so it is important as many residents as possible contribute to the consultation.

“I am saddened at the closure of Barclays in Llandrindod Wells.  Obviously, we cannot control the commercial decisions that the retail banks make, but I believe we should be doing all we can to preserve rural communities, remembering that rural banking services are so crucial.”

Requests for a meeting to discuss the health of the River Wye and the River Usk from Brecon and Radnorshire’s Member of Parliament and Member of the Senedd have been turned down by the Welsh Government’s Minister for Climate Change.