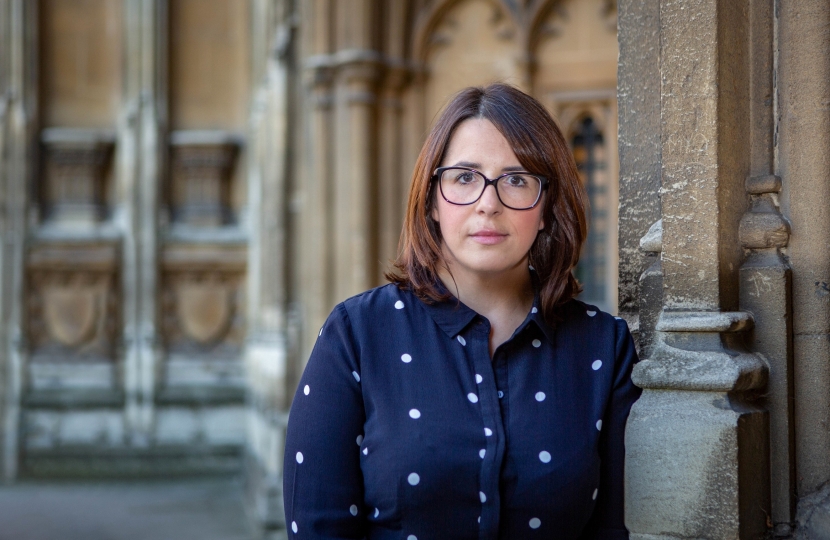 Member of Parliament Fay Jones has urged the Government to press ahead with plans to impose an amnesty on prosecutions for British soldiers in Northern Ireland.

Ms Jones, who is a member of the Northern Ireland Affairs Select Committee, was speaking after a visit to Belfast last week.  The MP has been arguing for continued police investigations against former service personnel to end.  Having met with a number of veterans who live in the Brecon area, Ms Jones has been pushing their cause in Parliament.

In July, Secretary of State for Northern Ireland Brandon Lewis announced plans for a statute of limitations, preventing further prosecutions for incidents up to April 1998.  The plans would apply to military veterans as well as ex-paramilitaries.  The amnesty would also enable information to finally come to light about terrorist incidents committed during The Troubles.

During her visit to Belfast, Ms Jones met with academics and human rights campaigners who argued against the plans.  They criticised the Secretary of State and argued instead for prosecutions of former soldiers to be given greater resource to increase the chances of conviction.

“I want the Government to implement these plans without delay.  We have waited too long already - it’s imperative that these plans are put before Parliament and voted on as soon as possible.  I have met a number of constituents who served during The Troubles.  They have been told time and again that they have no case to answer, but politically motivated lawyers continue to pursue them despite having no evidence.  This has to be stopped.

Critics of the proposals have no other workable suggestions.  It would be wrong to continue the cycle of harassment against former British military personnel.  The Government’s plans would also bring an end to the uncertainty that so many victims families experience; questions will be finally answered and families will at last have closure.

There is no easy solution.  But I applaud the Government for being willing to take the tough decisions and finally give British military veterans the peace of mind they deserve.”