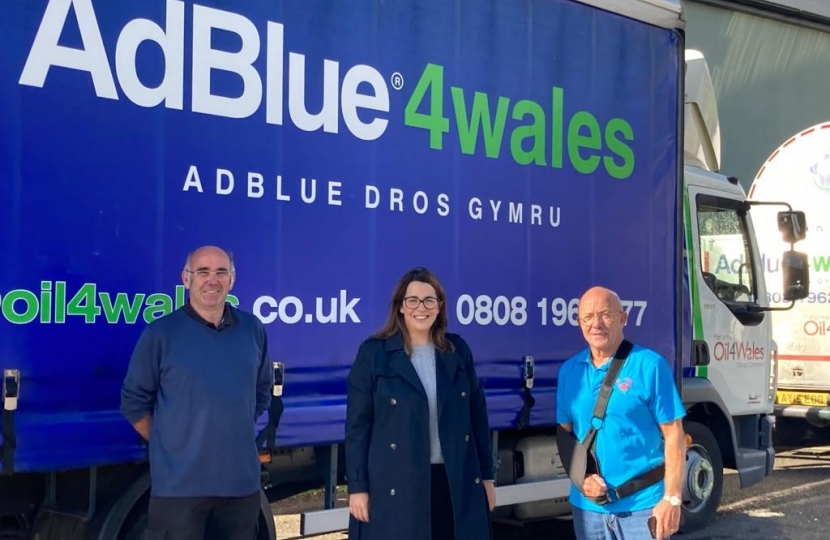 Last week, Ms Jones visited Oil4Wales’s plant in Sennybridge – the only AdBlue additive manufacturing site in Wales – and met the firm’s managing director Colin Owens.  Mr Owens described the firm’s history and its commitment to creating its own Welsh ‘AdBlue4Wales’ product at the Sennybridge plant.

AdBlue is an exhaust fluid which reduces the emissions from diesel engines.  Heavily used in the agricultural industry, it is another way in which farmers are working to reduce their impact on the natural environment.  Depot Manager John Lloyd gave the MP a tour of the site and described the bold new step the company is taking towards creating its own AdBlue product in Sennybridge.

Oil4Wales have partnered with the Norwegian chemical company and world’s largest AdBlue leader Yarra International.  After 2 years of auditing and testing Oil4Wales were awarded a licence to manufacture the fluid at the Sennybridge depot.  Opened back in June, this new partnership has created 10 new jobs for the local community.

Oil4Wales have also partnered with RiverSimple in Llandrindod Wells to develop hydrogen refuelling infrastructure across Wales at their depots and service stations. 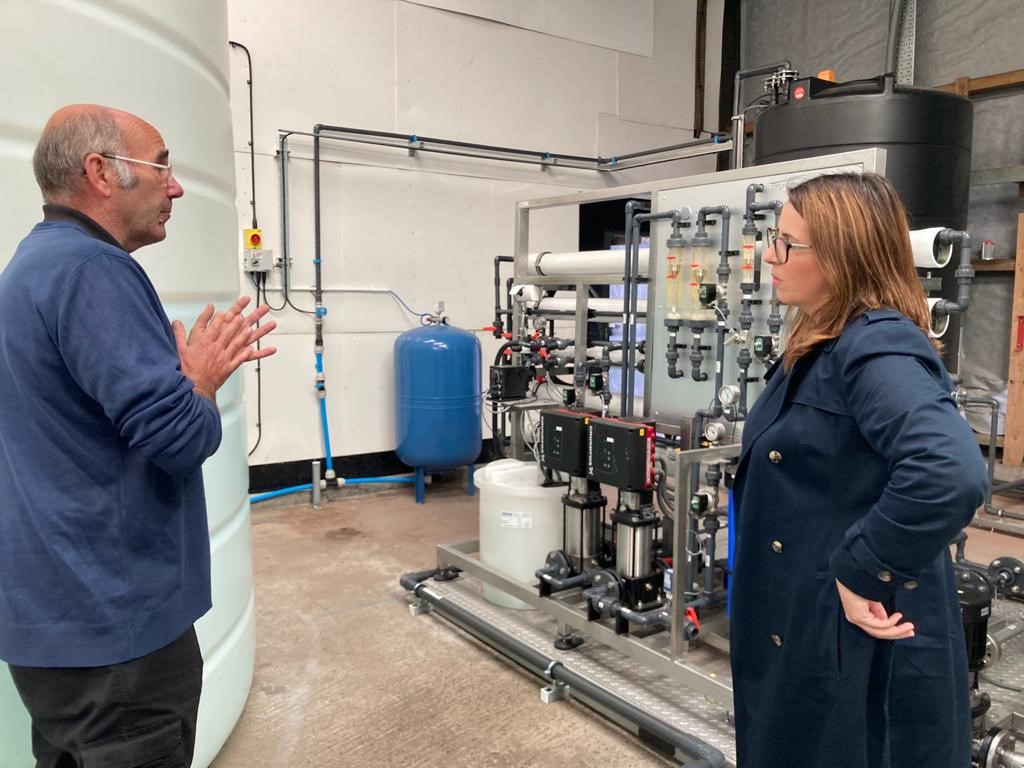 "I am so grateful to Oil4Wales for having me to visit.  It was fascinating to learn about the manufacturing process and to see the firm’s ambitions for the future.

Sustainability has to be at the heart of our future.  It is fantastic to see Oil4Wales creating new, green jobs in places like Sennybridge – these are the opportunities our youngsters need to stay in the areas where they grew up.

I’m also pleased they plan to work with exciting ventures like Riversimple.  While the phase out of petrol and diesel cars is a positive step, areas like ours need charging infrastructure if we are to keep up.  I’ll be urging the Government to give ideas like this all possible help so that constituents in Brecon and Radnorshire are not left behind.”