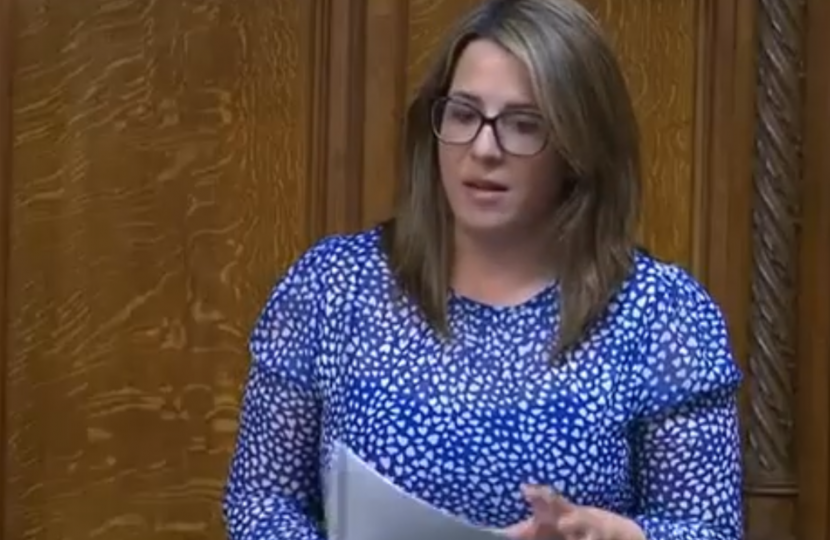 Miss Jones told Parliament that constituents throughout the election campaign had raised the lack of jobs in rural areas.  Consequently, Miss Jones used her time in Parliament to argue for rural areas to benefit from the creation of new, green jobs.

Miss Jones highlighted the work of Riversimple, an award-winning manufacturer of the UK’s leading hydrogen fuel cell car based in Llandrindod Wells. Riversimple wants to recruit 80 additional engineers for its research and development centre and eventually hopes to employ 220 people in the mid-Wales area. She urged the Government to prioritise the hydrogen industry and give businesses like Riversimple the tools they need to create opportunities for young people in Brecon and Radnorshire.

Miss Jones welcomed the £12 billion in funding unveiled last Autumn by the Prime Minister, stressing that “this is a real moment to give rural businesses every chance to create the jobs we so desperately need to keep our young people close to home”.

“We don’t have the huge corporations or large businesses based here– so we need to be innovative if we are going to give young people a chance to get good jobs and bring up their families here.  The hydrogen industry has the potential to create thousands of jobs while simultaneously leading the way on decarbonisation efforts. Having visited Riversimple twice, I know the part they could play in the green jobs’ revolution.

“Riversimple are hoping to build the most sustainable manufacturing plant in the world and are already looking to expand their workforce. With further government support for the hydrogen industry, we could see even more new jobs and wealth creation in Brecon and Radnorshire.

“The UK Government has already demonstrated their commitment to decarbonisation, job creation and business support and this Queen’s Speech reaffirms that. We must now support our rural areas to embrace new technologies and seize every opportunity for economic growth.”

Brecon and Radnorshire MP Fay Jones has called on the Welsh and UK Governments to do more to support Welsh veterans.