We need to talk about the Union 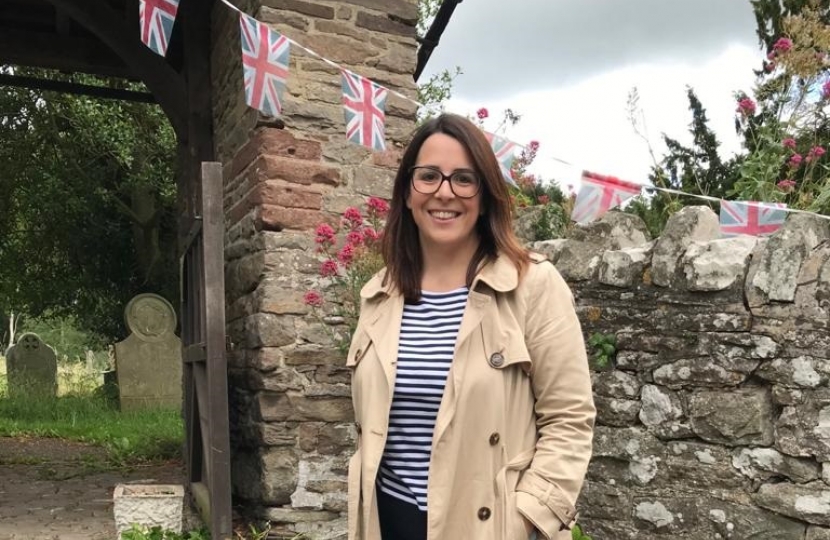 Fay Jones MP, Member of Parliament for Brecon and Radnorshire, has become one of the five founding MPs and a committee member of the newly formed Conservative Union Research Group.

The Conservative Union Research Group is a group of seventy Conservative backbench MPs formed in July 2020 to support the government in it's manifesto commitment to “strengthening the Union”. The group collectively believe that the Union of the United Kingdom is a potent force for good and are committed to ensuring it is fit for use in the 21st century.

With the crisis caused by COVID-19 and as the the Transition Period of the UK leaving the European Union comes to an end, the United Kingdom's Union is as relevant now as it has ever been throughout it's three-hundred-year history.

During the pandemic, Brecon and Radnorshire has benefitted from unprecedented support from the UK Government including the Coronavirus Job Retention Scheme, the Self Employment Income Support Scheme, Bounce Back Loans, Business Interruption Loans and even Eat Out to Help Out. That support has been replicated in every corner of the United Kingdom, as the UK Government aims to support all four nations through COVID-19 and the resulting economic crisis.

The UK Government is continuing it's work to deliver for the four nations of the United Kingdom with the negotiation of a future trading deal with the European Union and the introduction of the new UK Internal Markets Bill. The United Kingdom has now left the European Union and with the Transition Period coming to an end on 31st December 2020, the Internal Markets Bill will ensure smooth, frictionless trade between Wales, Scotland, Northern Ireland and England.

“I campaigned and was elected on a manifesto which said we would leave the EU – but it also said we would strengthen the Union. This group has been set up to help the government do just that. I am committed to keeping this United Kingdom together. I believe our Union is a force for good – for us and for the world.

“It is time to talk about the Union. We each have stories about what the United Kingdom means to us – I would love to hear from people about what it means to each of them.

“The question of who we are as a nation is a really important one. Our country has over three hundred years’ history of growth, change and development. That is real strength and makes me optimistic for the challenges we face in the future.

“The full name of the Conservatives is the Conservative and Unionist Party. We are working for the whole of the United Kingdom and have offered support for every part of it. That support is only possible because of our strong economy – an economy that springs from the strength and might of our Union.

“The economy of the UK is the sixth largest in the world. It is important we keep that strength. We will bring back powers from Europe to every part of the UK and make sure that businesses have the certainty they need for trading and investment. We will make sure that goods and services can move around within the UK as they do right now.

“The votes I have cast in the last few months for agriculture, fisheries, international trade and more have all been about who we are as a United Kingdom and our future. This is not nostalgia or backward looking – voters elected me and a Party to shape our place in the world. A strong United Kingdom is at the heart of that vision.”

I am determined to secure a better future for Brecon and Radnorshire, making it an even better place to live, work and raise a family. These are the things I am focussing on as your Member of Parliament.