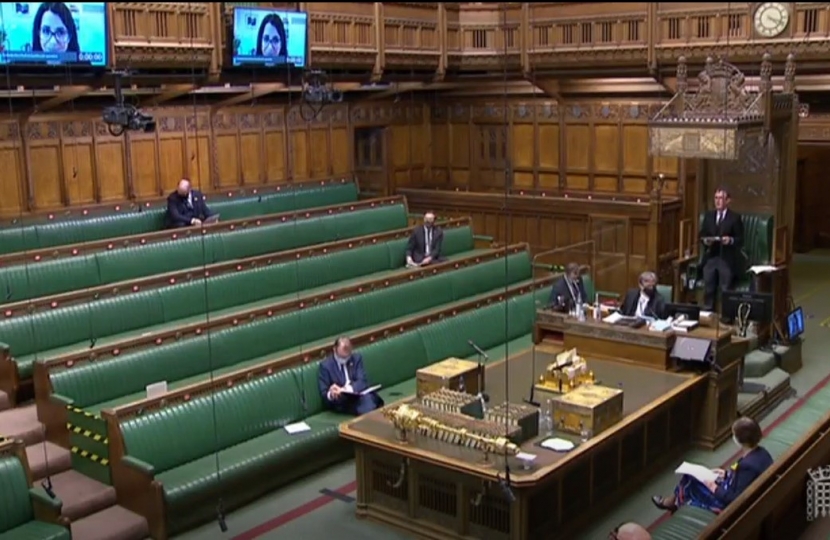 Fay Jones, Member of Parliament for Brecon and Radnorshire has welcomed an announcement from the Secretary of State for Wales that the UK Government is working to introduce a Veterans Commissioner for Wales.

Earlier this month, Fay Jones MP called for the creation of a commissioner who would work to ensure that devolved powers are fully utilised to support current and former armed forces personnel. With vital public services devolved in Wales, Miss Jones argued that a commissioner is needed to ensure a comprehensive approach to veteran’s affairs, focusing on welfare, mental and physical health, education and employment.

During last month’s Armed Forces Bill, Miss Jones told the Veterans Minister, Johnny Mercer MP that Wales is the only nation in the United Kingdom not to have a dedicated Veterans Commissioner.  She said “The Conservative Party is the party of the Armed Forces and The Union. Without a Veterans Commissioner in Wales, the voices of former military personnel in Wales are not being heard.”

After a number of meetings with Minister Mercer and the Wales office, the Secretary of State for Wales acknowledged Miss Jones’s work during a St David’s Day Debate in Parliament. He went on to confirm that the UK Government is “actively considering” options for a Veterans Commissioner for Wales to be created.

“At the beginning of February, I called for the creation of an Armed Forces and Veterans Commissioner for Wales. By the end of February, the UK Government was making plans to deliver one.

“This move would make a tangible difference to the lives of veterans, serving armed forces personnel and their families. Their voices will now be heard in vital devolved areas, from education and employment to mental and physical health, and we could ensure a joined-up approach to the support they receive.

“I am so grateful to Johnny Mercer MP and Simon Hart for their swift work on this campaign.  From the many veterans in Brecon and Radnorshire who have been in touch with me, I know that there is an urgent need to create this post. I want to honour their service and so does the Government. Establishing a Veterans Commissioner for Wales is a clear commitment of our support for the Armed Forces and I am delighted to have achieved it.”

“The Armed Forces have a long and important tradition in Wales and we are exceptionally proud of our Welsh veterans. Our ex-servicemen and women and their families deserve recognition, support and respect throughout the duration of their service and beyond.

“The recruitment of a Veterans Commissioner for Wales will go a long way towards increasing the support available and highlights the UK Government’s commitment to the welfare of our Armed Forces veterans.”

"The Armed Forces protect the entire United Kingdom and so it's right that we do everything we can to support veterans when they leave service.

"A Veterans Commissioner for Wales would be an important step forward for supporting ex-service personnel in the nation and recognises Wales' proud military contribution."