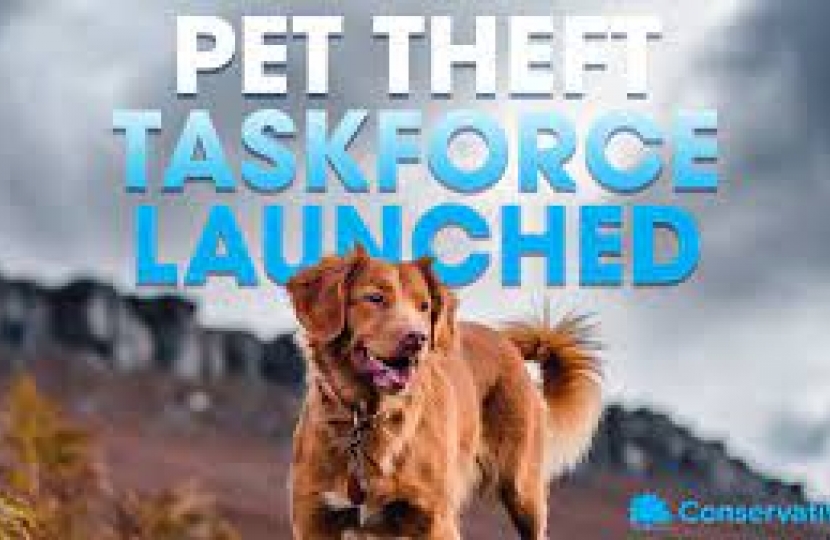 New plans to crack down on puppy smuggling and ban the import of dogs with cropped ears or docked tails have been warmly welcomed by Brecon and Radnorshire’s MP Fay Jones.

The new powers, which also include raising the minimum age for importing a puppy from 15 weeks to six months and banning the import of heavily pregnant dogs to help protect puppy and mother welfare, are aimed at safeguarding the welfare of the thousands of puppies and dogs that come into Great Britain from overseas each year.

More than 66,000 dogs were commercially imported into the UK last year according to Animal and Plant Health Agency figures. However, evidence shows a recent rise in low-welfare imports and smuggling activity, with border authorities seeing around a 260% increase in the number of young puppies being intercepted for not meeting the UK’s pet import rules – from 324 in 2019 to 843 in 2020.

“We have seen a huge rise in puppy smuggling recently – partially due to the increase of new dog owners during lockdown.  But, puppy smuggling – and harming puppies for cosmetic reasons – sickens us all. That’s why we as a Government are determined to clamp down on it.

"As a dog owner I welcome the news that the Government are taking to tighten welfare standards as well the recent recommendation of a new ‘pet abduction offence’ to allow tougher sentences following the rise in dognapping.  The current law does not take in to account the emotional distress of losing a pet - those caught often only get a small fine. I’m sure we all want to see those who commit these offences subject to harsher sentences.”

The plans form part of the Conservative government’s wider plans to reform animal welfare laws.  RSPCA chief executive Chris Sherwood expressed support for the Government’s work saying “In recent years we’ve seen a huge increase in the number of dogs being commercially imported into the UK as well as the number of dogs being reported for having undergone mutilated procedures such as cropped ears.

These are major dog welfare issues that need addressing as a matter of urgency in order to protect dogs from unnecessary suffering and to protect the public from falling victim to criminals who are trying to cash in on these dogs’ value.”