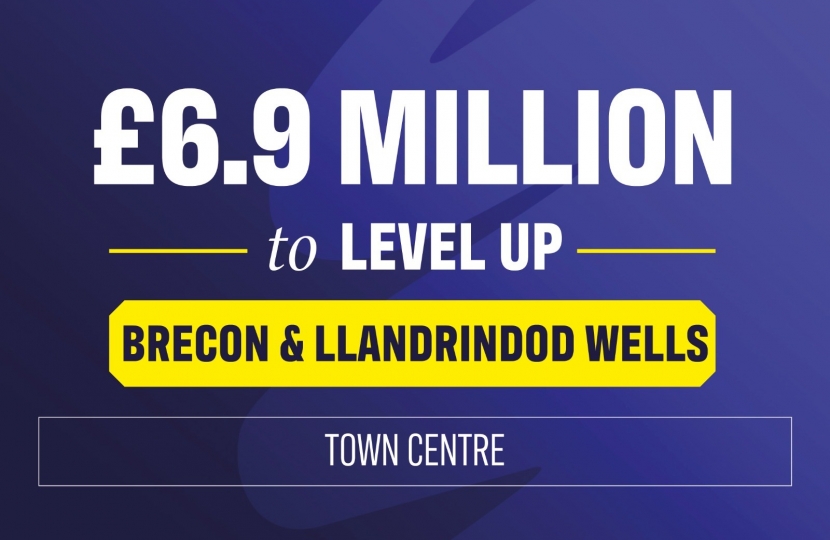 Brecon and Radnorshire MP Fay Jones has celebrated the decision from the Chancellor to award £6.9million in last week’s Budget.

In last Wednesday’s Budget, Rishi Sunak announced a record £22 million investment for Powys.  The authority is one of a number of councils in Wales to have been successful in applying for Levelling Up funding.  The fund is a replacement for the European structural fund, and will support infrastructure, regeneration, transport and heritage projects across the UK.  This is the first time in decades that Powys has benefitted; while the UK was part of the European Union, Powys was denied European money as it was deemed ‘too wealthy’ to need support.

Ms Jones and the leaders of Powys County Council worked together to submit a bid to the Treasury earlier in this summer.  The funding will be split between projects in Brecon and Llandrindod Wells.

The successful bid for Llandrindod Wells will involve the redevelopment of the Auto Palace, a site that has been derelict for 15 years; providing good quality, affordable, energy efficient homes to meet local needs.  The site has been an eyesore alongside the A483 trunk road at the gateway to the town.

In Brecon, the funding will deliver a planning and multi-agency hub that will bring together organisations from the public, private and third sector in a flexible work environment.  This will release land and buildings in the town centre and provides the affordable housing and social care sites which Brecon badly needs.

This is the first time in decades that the region has been able to benefit from structural funding.  It follows on from last year’s Budget where £30 million was awarded to the Global Centre for Rail Excellence at Nant Helen, just outside Coelbren.

“I’ve been campaigning for the Chancellor to recognise rural areas like Brecon and Radnorshire and I am overjoyed he has delivered.  Securing nearly £7 million in funding is fantastic news and I want to commend everyone who played a part in putting the bid together.

Llandrindod is a wonderful town but it needs new life breathing into it.  This funding will deliver that and I can’t wait to see the next steps for the Auto Palace.  I’m also pleased that the money will boost the social care and affordable housing offer in Brecon.  Powys has missed out for so long and I am delighted that the Chancellor recognises that and is righting that wrong.

Last week’s Budget puts us on the road to recovery.  As well as this landmark investment, I very much support the other measures announced by the Chancellor including the increase in the National Living Wage, freezing fuel duty, cutting beer duty and reinstating the commitment to spending 0.7% on international aid by 2024.

In two successive Budgets, we have secured direct investment.  This demonstrates the Conservative Party’s commitment to rural areas like Brecon and Radnorshire.”