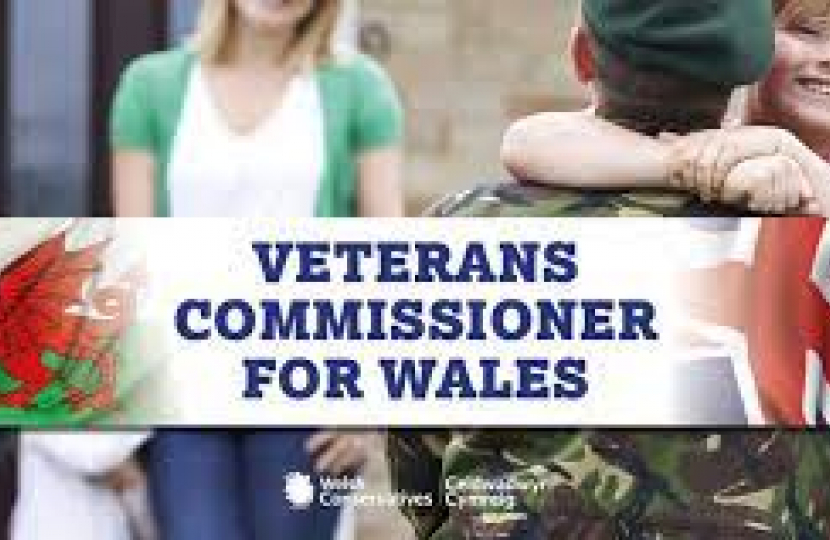 Ms Jones has been calling on the Welsh and UK Governments to create the role since December 2019.  Until now, Wales has been the only nation in the UK not to have a Veterans Commissioner - someone to ensure public policy is meeting the needs of former service personnel.  In March 2020, Secretary of State for Wales Simon Hart announced he would create the position alongside the Cabinet Office having secured the funding for the office from the UK Treasury.  A period of negotiations followed with the Welsh Government initially reluctant to cooperate.  However, it was announced last week that the role had at last been given the green light and applications were now open.

Before the breakthrough, the Welsh Government chose to create a network of seven Armed Forces Liaison Officers across Wales.  However, Ms Jones and a number of others argued that a single role was needed to ensure consistency right across the country.  Falklands Hero Simon Weston CBE told the BBC in November that  Wales was at risk of "lagging behind" other parts of the UK without someone to lobby ministers on behalf of Veterans.  The new role will work alongside the AFLOs.

"This is a great development for the 140,000 veterans who live in Wales. Let's forget that the Welsh Government was late on parade and celebrate the fact that we have got there at last.

Veterans deserve a specific champion - someone who will box ministers' ears on their behalf.  It's absolutely crucial that public services are designed and delivered with former service personnel in mind. That's why I've been arguing for this role for such a long time.

I am enormously grateful to both the Welsh and UK Governments for working in partnership on this.  This is what people in Wales want - two governments working together to improve everyone's lives.

I'd like to think that the new Veterans Commissioner could come from our part of the world.  The successful person needs a detailed understanding of what a veteran goes through and there will be hundreds of people in Brecon and Radnorshire who fit that bill. I look forward to working with them!"