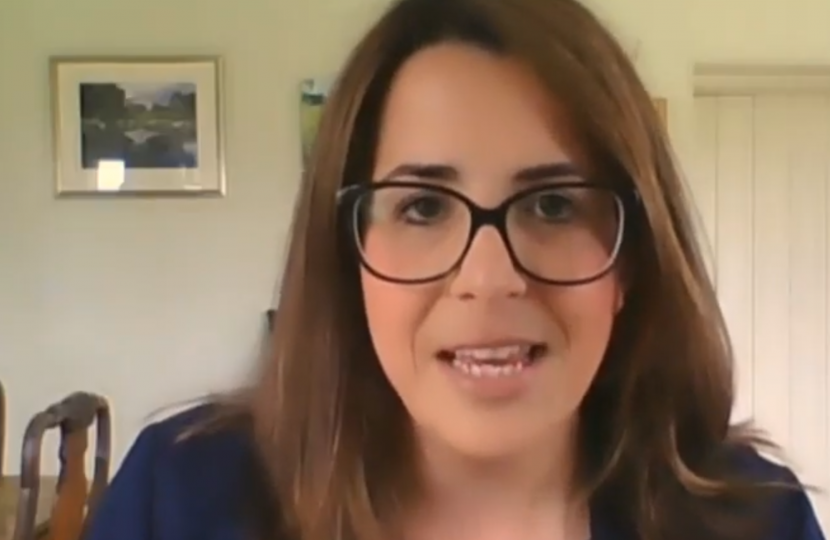 Brecon and Radnorshire MP Fay Jones used a speech in Parliament to call on the Welsh Government to do more to support military families veterans.

Speaking on the Armed Forces Bill – and during Armed Forces Week – Miss Jones called on the Welsh Government and Powys County Council to take note of the Armed Forces Covenant.  The Covenant, which was established by the Conservative government in 2010, ensures that military personnel and veterans must not be disadvantaged as a result of their service.  With education being included within the scope of the Covenant, Miss Jones argued that this weakened the case for closing schools with a number of military families, such as Llanbedr even weaker. Speaking in Parliament, Miss Jones said: “This Bill compels public bodies to have due regard to the Covenant. At present, Powys County Council is proposing to close Llanbedr school, which is a thriving primary school in my constituency. Along with my colleague in the Welsh Parliament, James Evans, I am deeply opposed to the closure of the school.  One reason behind our opposition is that a number of military families will once again find themselves displaced.  A mum I spoke to at Llanbedr, whose partner serves at Brecon Barracks, will have to move her three children for the third time.  This is unacceptable.”

Miss Jones also used the speech as a chance to urge the Welsh Government to work with the Conservatives in Westminster and create a Veterans Commissioner.

Miss Jones secured a small win earlier in the year when the UK Government agreed to start exploring creating the role.  However, the campaign has hit a brick wall due to opposition from the Welsh Government in Cardiff Bay.

The MP told Parliament: “Wales is the only nation in the United Kingdom not to have a dedicated Veterans Commissioner.  We have eight armed forces liaison officers, who do fantastic work, but without one overarching commissioner there is no one to ensure that mental health provision, for example, is as consistent for those who live in Ystradgynlais as it is for those who live in Wrexham. Miss Jones also told the Welsh Government to “to put the interest of Veterans above their need to frustrate the Conservative Government in Westminster.”

“I was pleased to have the chance to speak on the Armed Forces Bill – particularly in Armed Forces Week.  I support the Armed Forces with all my heart but it is not enough to be proud of them – we must show our serving personnel and our veterans that we care through action.

“Everyone wants the politics to end and for a Veterans Commissioner to be created.  It is too important to waste time being petty.  The Welsh Government needs to stop playing games and create this important post so Veterans around Wales can rely on consistent support from all public services.

And equally, the UK Government needs to stop wasting our Northern Ireland Veterans’ time.  It is long past time that the harassment of our soldiers came to an end.  Legislation needs to be introduced urgently which prevents repeated, vexatious prosecutions.  It is high time this injustice was corrected.”