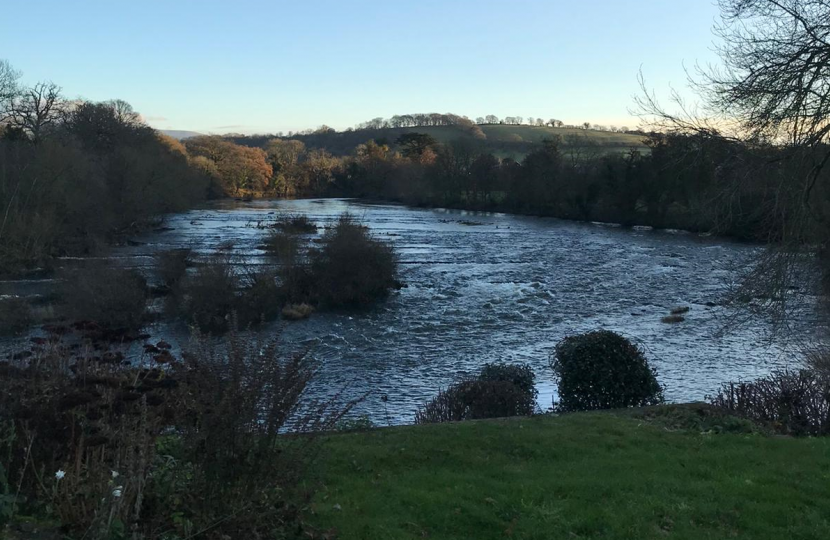 Following a summer which saw severe algal blooms in the River Wye and a serious pollution incident on the Llynfi, Fay Jones MP has reaffirmed her commitment to resolving river pollution in Brecon and Radnorshire.

There have been two separate incidents in Brecon and Radnorshire which have caused concerns to residents, businesses and visitors alike over the summer. In June, the River Wye experienced an intense algal bloom whereby the normally clear waters turned green. At the end of July, the Afon Llynfi, a tributary to the River Wye saw the death of at least 10,000 fish due to a major pollution incident.

Given the environmental and economic importance of the River Wye and its tributaries, Miss Jones has been liaising with relevant organisations such as Powys County Council, Natural Resources Wales and the Welsh Government. Miss Jones has stressed the need to identify both the cause of the algal blooms and the source of the pollution seen on the Llynfi, with a view to creating an action plan to prevent further incidents. At a meeting with Powys County Council, Herefordshire Council and Members of Parliament who see the River Wye run through their constituency, this need was reiterated.

While algal blooms are caused by a combination of factors, including levels of light and flow of the water, concerns have been raised that the recent increased intensity of the blooms could be caused by an increase in the river’s phosphate levels. Natural Resources Wales have confirmed, that whilst the long-term trend is that phosphate levels on much of the Wye and its tributaries are falling, there are sections which are currently failing the Water Framework Directive targets. In these areas, Natural Resources Wales will be carrying out investigations to determine why, and working with farmers, landowners and water companies to ensure regulatory requirements are being met.

With investigations into several leads ongoing, Natural Resources Wales is continuing its work to identify the source of the serious pollution incident on the Afon Llynfi. Miss Jones has stressed the urgency of the investigation and that no one wants to see a repeat of the incident which saw significant ecological damage.

Miss Jones is committed to continuing her work to protect Brecon and Radnorshire’s rivers, with plans to meet with the Wye and Usk Foundation, fellow MPs, poultry producers and farmers in the coming weeks.

“The instances of pollution we have seen over the summer have been incredibly concerning from both an environmental, agricultural and tourism perspective.

“Responsibility for river protection is devolved to the Welsh Parliament, and I am aghast that I should have to be campaigning on an issue which the Welsh Government should be taking responsibility for. I have written to the Minister for Environment, Energy and Rural Affairs, Lesley Griffiths MS to bring this problem to her attention, but as of yet I have had no response at all.

“I will continue to work with Natural Resources Wales, Powys County Council and other key stakeholders to see the causes identified and tackled.”