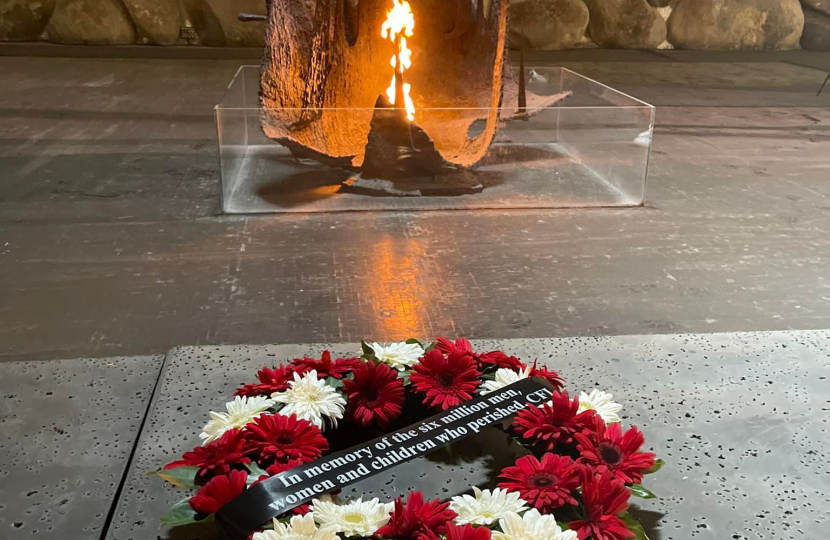 A little over a week ago I was walking around the beautiful, bustling and winding streets of Jerusalem’s Old City. It was the offer of unforgettable moments like that which led me to joining Conservative Friends of Israel on their much-anticipated first parliamentary delegation since February 2020.

The programme was the most incredible way for our group of nine Conservative MPs to learn about Israel, better understand the many security challenges it faces and its conflict with the Palestinians.

The political backdrop for the trip was fascinating. Prime Minister Naftali Bennett’s fragile coalition dramatically unravelled after a senior member said they would be withdrawing support. The current volatility of Israeli politics mean that any issue at any point can unexpectedly become a major political crisis.

The mathematics of Israeli politics are mind boggling. The country’s pure PR system creates a full spectrum of political parties and it is perhaps little surprise that the country has such a boisterous and thriving democracy, albeit a nightmare for coalition chairmen to keep it all together!

The trip was packed with memorable moments.

We had a fascinating meeting with Palestinian Authority Prime Minister Mohammed Shtayyeh in Ramallah. An excellent communicator, he had passionately put forward his case but a nonchalant observation that his government proudly provides financial support to ‘martyrs’ was a shocking moment.

In a subsequent meeting an esteemed Palestinian pollster laid bare the depths of the problems with the PA being almost universally disliked by Palestinians for its corruption and failure to hold elections for approaching two decades. The preparedness for younger Palestinians - who are the overwhelming majority of the population - to favour the likes of Hamas was deeply troubling and presents a major long-term problem.

The week before the group visited Israel had been rocked by a series of shocking terror attacks. It was hard to escape the powerful sense that Israel’s citizenry was collectively hurting but this was underpinned by a determination to get on with life and celebrate the many freedoms that Israelis enjoy. It was a strong reminder of how us Brits respond in such difficult circumstances.

While we fortunately had a peaceful and safe week experiencing the many beautiful sights and sounds of the region, last Thursday night’s violent attack in Tel Aviv was a painful moment. Three people were killed for simply enjoying themselves at a bar. A bar much like the dozens of others that we had seen full of young revellers earlier in the week. To learn that it had been celebrated by many in the West Bank was hard to process.

We had toured the security barrier earlier that day which had been constructed to prevent Palestinian terror attacks. It has undoubtedly been effective as a security measure but the threat from terrorism remains all too real for ordinary Israelis.

The challenges are many. The level of distrust is deep. And yet, expressions of hope for a better tomorrow were a common theme throughout the week. Talk though of a one state solution strikes me as deeply problematic, as it is crucial Israel is secure as a democratic, Jewish state.