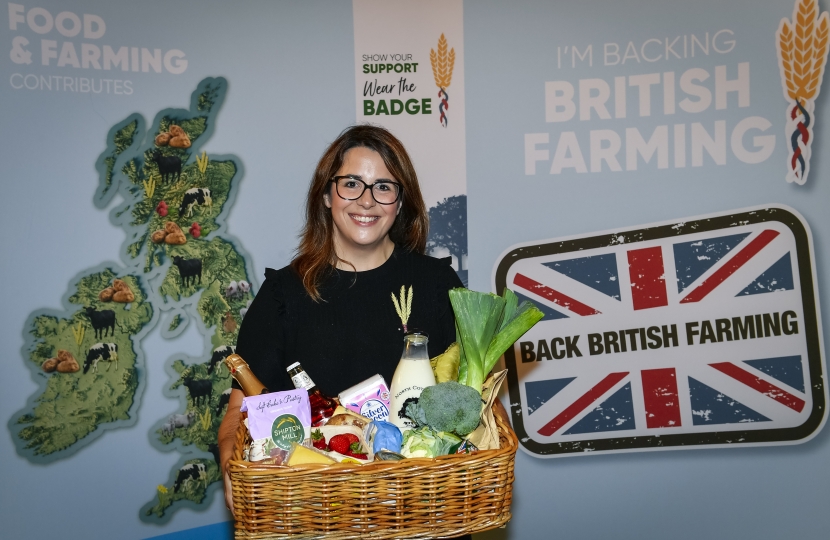 Fay Jones MP  has today shown support for British food and farming on Back British Farming Day, recognising the crucial role farmers in Brecon and Radnorshire play in producing food for the nation.

The National Farmers’ Union (NFU) provided MPs with the emblem of the day - a wool and wheatsheaf pin badge – to enable them to join the celebration of British agriculture. Food and farming is a key business sector, worth more than £120 billion to the national economy and providing jobs for almost four million people.

Fay was given her wheatsheaf pin by Stella Owen from NFU Cymru during a visit.to the family  farm which  featured in the ITV Wales program  a Year in the Beacons. Tylebrythos  has been farmed for over 100 years by the Phillips family. The program followed  life in the Brecon Beacons National Park for twelve months. 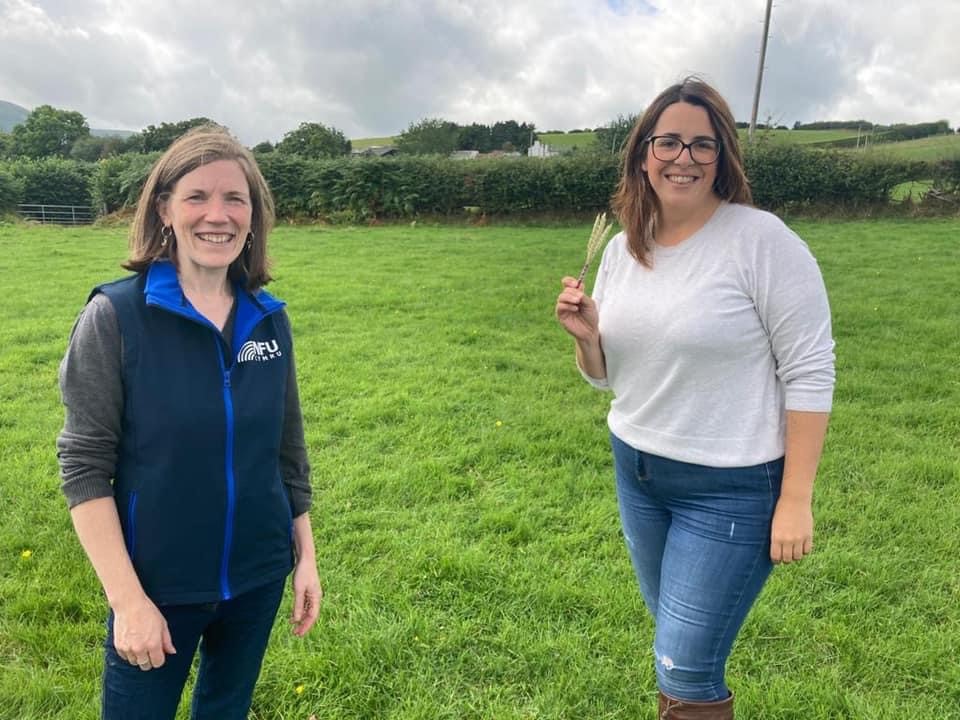 Commenting, Fay Jones MP, said: “Today is a fantastic chance to say once again - I’m #BackingBritishFarming I am so proud of the thousands of farmers in Brecon and Radnorshire who provide world class food, look after our environment and sustain a thriving rural community. Thanks to NFU Cymru and all that they do"