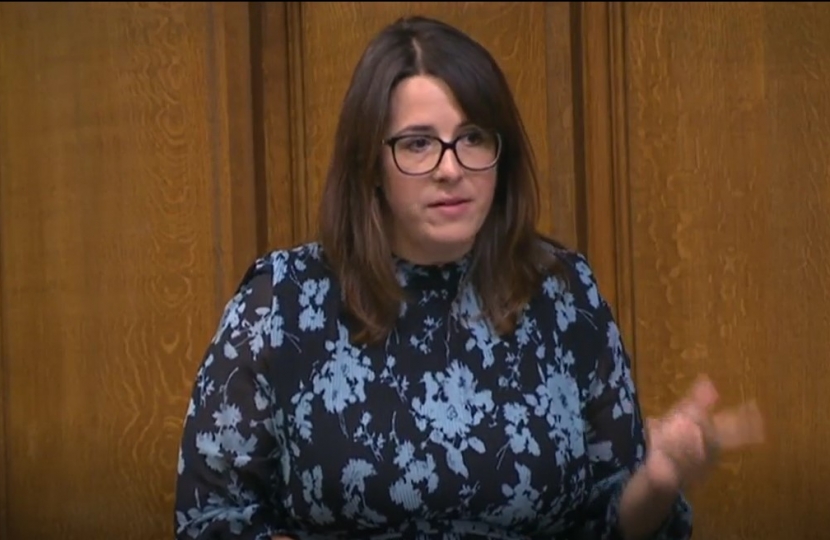 Over the Summer recess, Miss Jones visited Williams Coaches, a fourth-generation family firm based in Brecon. Williams Coaches has been providing transport across Powys for over 65 years, to local schools and tourists alike. Since COVID-19 and the resulting lockdown their fleet of iconic cream and brown coaches have been at a stand-still.

The UK Government recently announced that local transport authorities in England will receive more than £40 million funding for the autumn term, to help them create extra capacity and allow hundreds of thousands more students to use alternatives to public transport, while social distancing measures remain in place. Welsh Government have yet to announce any such support, despite a significant drop in income many transport companies have faced since the outbreak of Covid-19 and concerns about the safety of students and drivers as journeys restart.

Despite over £4bn of additional funding being made available to the Welsh Government to cope with COVID-19, some industries have not seen the benefit. During Business Questions, Miss Jones asked the Leader of the House, Jacob Rees-Mogg MP for a debate on industries that would be supported in England but are ignored by the Welsh Government.

"As I have said previously, Williams Coaches is a company very close to all our hearts and a major employer in Brecon and Radnor.

"Following a meeting with Williams Coaches, I had a constructive meeting with Minister in the Department for Transport, Baroness Vere. I am incredibly pleased that the UK Government has listened to calls in industry and allocated extra funding for home to school transport in England. I have already written to the Welsh Government requesting they do the same, but they have failed to do so.

"The safety of the children travelling to school as well as the coach drivers themselves is paramount.  It’s a huge concern to me to think that whilst in school the children will be assigned to their various bubbles, but their school coach journey could be carrying age groups ranging from first year primary school to final year college students in close proximity.  We must not undo all the good work done by us all in Wales thus far.

"The coach industry has suffered a cataclysmic drop in income since the outbreak of Covid-19, whereas the bus industry has had a massive injection of funds. Unfortunately they are far from the only industry that has not seen the benefit of the additional £4bn which the Welsh Government have received and I am determined that the voices of rural businesses are heard as we plan our economic recovery from COVID-19."

The full exchange during Business Questions can be viewed here.