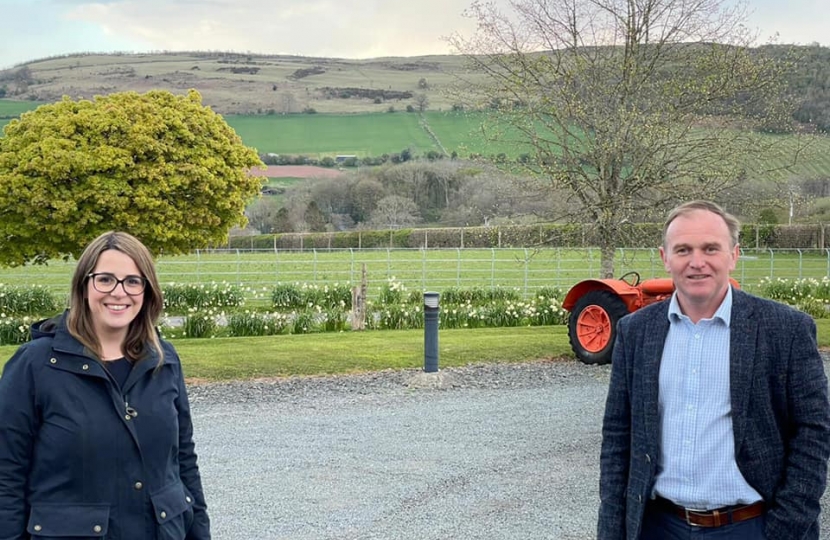 Fay Jones MP is thrilled  to be continuing at the Department for Environment, Food & Rural Affairs as the PPS to George Eustice, The Secretary of State for DEFRA and Victoria Prentis Minister of State.  An addition to the team wiill be Jo Churchill joining DEFRA as a Minister.

Fay welcomed George Eustice to Brecon and Radnorshire back in May and said " it’s an honour to continue working with George and the team , its an absolute privilege to be acting as PPS at such an important time for our farmers"