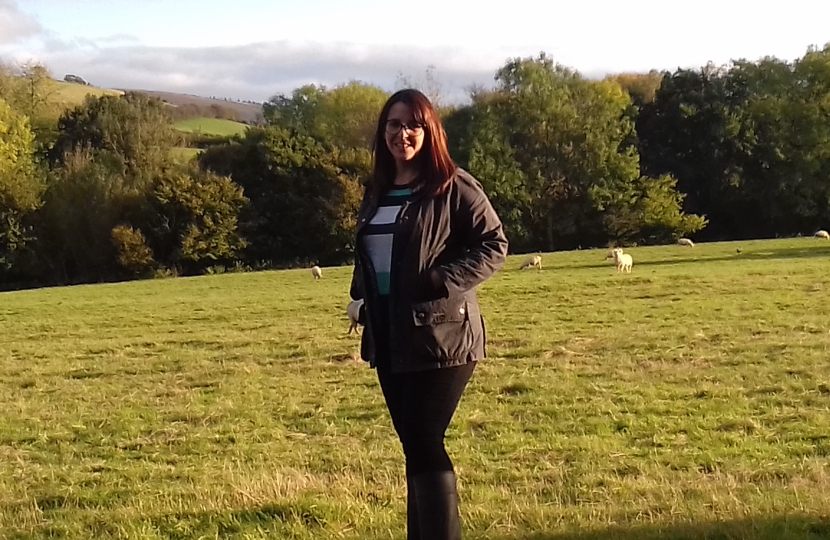 Brecon and Radnorshire MP Fay Jones spoke up for the beef and sheep farming sector during a key meeting with the minister for International Trade.

Following several media reports on the possible impacts of such a deal, Ms Jones invited the Minister to the APPG so that Parliamentarians from all political parties could be engage with the Department for International Trade concerning these reports.

The initial briefing was followed by a contrastive question and answer session in which Ms Jones pressed the Minister further on what the Department will promote Welsh farmers under this agreement. Minister Hands used to opportunity to reinforce the position that any deal with Australia will provide Welsh farmers with a gateway to lucrative markets of East Asia.

The Minister noted that whilst despite negative reporting, Australia do not currently use their quota of lamb and beef imports to the UK and the prospect of the UK market being flooded following this deal is simply unrealistic.

The meeting end positively with Members of several political parties privately offering their support for the trade deal. Ms Jones has invited the Minister to return to the APPG to provide an updated briefing following the Whitsun Parliamentary recess.

“I was appreciative that the Minister was able to accept the invitation at short notice and was able to allay the concerns of fellow Members whilst also committing to a programme of further engagement through the Farming APPG going forward.”

“The Minister was steadfast in his support for our world leading farming community and I was pleased to be briefed on the Department’s own analysis showing minimal impact to our domestic market as a result of this deal – indeed, the NFU have themselves conceded that any increase in imports of Australian lamb will displace current imports from Ireland, rather than disrupt British produce.

It’s important to remember that this is an ongoing negotiation.  Opposition voices who are rushing to criticise the terms of the deal are doing so without seeing any details.