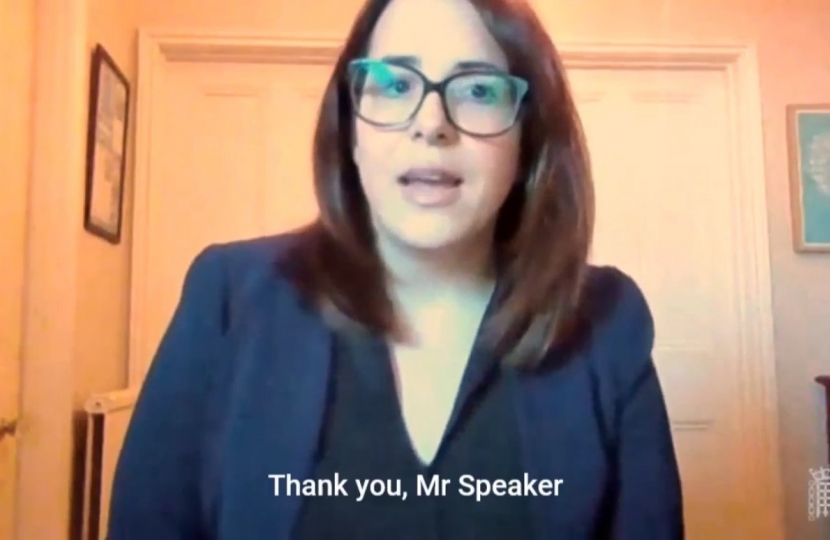 Fay Jones MP joined other MP’s in making history this week as she raised Brecon Barracks in the first ever virtual Prime Minister's Questions.

The Joint Military Command Wales (JMC-W) was stood up on 20 March in Miss Jones' constituency, to assist in the fight against COVID-19. Since being stood up, the core staff at HQ Wales has doubled in size to include a mixture of regular, reserve and civil servants from all three services. With 15 separate undertakings either completed, or ongoing, it goes without saying that the operational significance of The Barracks continues to be underscored.

During Prime Minister’s Questions on Wednesday 22 April, Fay Jones MP paid tribute to the work of JMC-W, which was seconded by the First Secretary of State. The fact that the site has played such an important role in this crisis only serves to underline the deep pride in which everyone in Brecon and Radnorshire holds the Barracks.

"I am thankful to service personal across the United Kingdom for supporting local authorities and our NHS. In particular, I am extremely proud of the Joint Military Command Wales, based in my constituency at The Barracks, Brecon, for their leadership in tackling the virus.

"I promised my constituents that I will do everything within my power to prevent the Barracks from closing in 2027 and I have invited Jeremy Quin MP, Minister of State for Defence Procurement to the Barracks in Brecon.  I hope once this crisis is over, he will see first-hand the inspiring and significant work being undertaken here.

"I am urging the Government to rethink the closure of the barracks – they are an enormous part of the Army’s history in Wales."

Fay Jones MP's question can be watched in full here.

The views of women and girls across Brecon and Radnorshire are being sought to help shape government strategy to tackle violence and abuse.