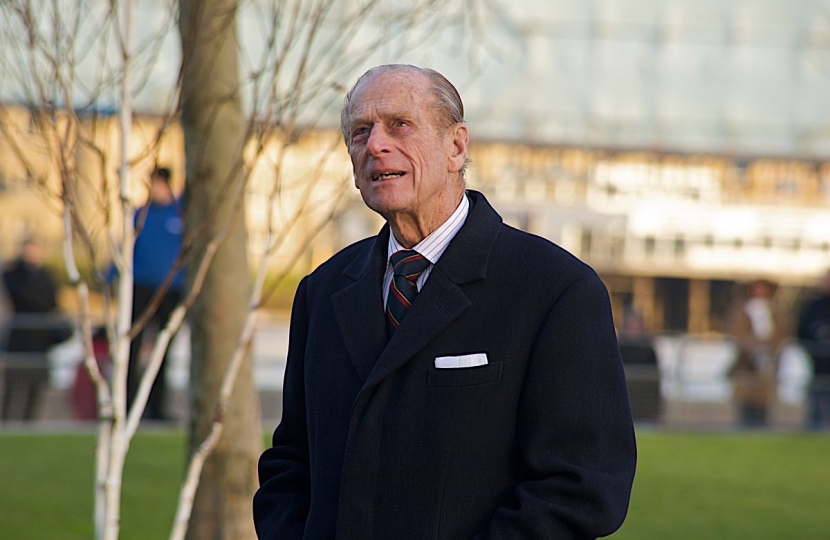 Following the sad announcement of His Royal Highness, The Prince Philip, Duke of Edinburgh’s death, the Member of Parliament for Brecon and Radnorshire has paid tribute during a special session of Parliament.

Prince Philip had visited Brecon and Radnorshire a number of times. In 2002, for the Golden Jubilee, he and The Queen attended a picnic in Dolau in North East Radnorshire. Ten years later, he returned for the Diamond Jubilee, to the Glanusk Estate in Crickhowell.

On Saturday morning, Miss Jones went to Glanusk and laid flowers at the tree planted by Her Majesty to commemorate Her and The Duke’s visit – on behalf of the tens of thousands of constituents who mourn His Royal Highness’s passing.

His Royal Highness’ connection to Powys went beyond just visits, with the Wales office of the Duke of Edinburgh Award based in Brecon. Many students have bounded through the Brecon Beacons in pursuit of their Duke of Edinburgh award, and one constituent told Miss Jones she will never forgive Prince Philip for the cold, rainy, wind-battered night she spent in a tent on the side of Pen y Fan!

Having worked for His Royal Highness the Prince of Wales, Miss Jones described the devotion of Prince Philip’s team due to “his dedication, determination and his ceaseless drive”. High standards were expected and a friend of Miss Jones’, who served as one of his Protection Officers, testified: “I’ve had so many rollockings from him.  And each one was a privilege.”

“I am deeply saddened by the news of His Royal Highness The Prince Philip, Duke of Edinburgh’s passing.

“Prince Philip lived an extraordinary life. His naval service, ground-breaking environmentalism and the creation of The Duke of Edinburgh’s Award are remarkable achievements in their own right.  But as the longest serving British consort in history, his steadfast and unselfish support for Her Majesty The Queen merits the utmost respect and admiration.

“His life was one of devoted service.  While we mourn his passing, we must look back with gratitude for a well-lived life which gave so much joy and inspiration to others.

“My thoughts are with Her Majesty The Queen and The Royal Family.”