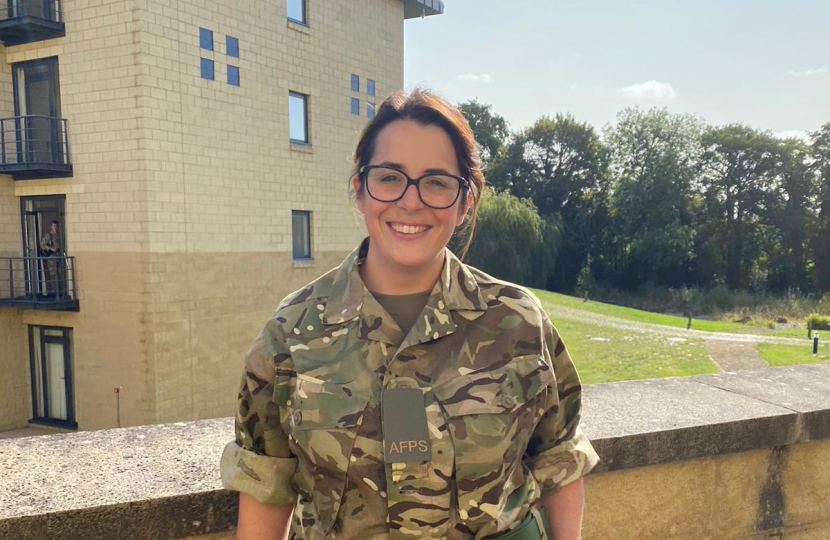 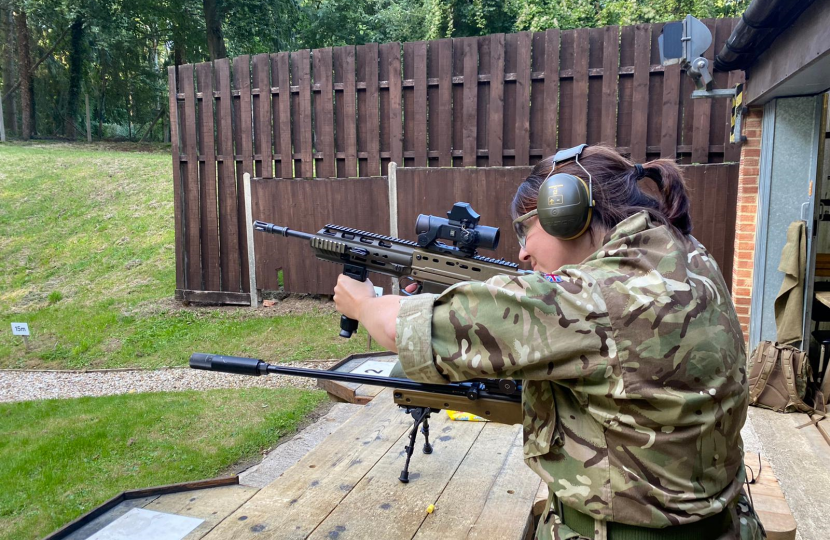 Fay Jones MP, Member of Parliament for Brecon and Radnorshire has been successful in her application to join the Armed Forces Parliamentary Scheme.

Established by Conservative MP, Sir Neil Thorne in 1989, this scheme provides military training to MPs of the UK Parliament. The course seeks to educate representatives through first-hand experience, thereby improving the quality of debate on military issues.

MPs will spend 30 days spread across the year completing an intensive training course and an embedded attachment.

They will receive the same level of training as regular service personnel, after which they graduate to the same level as a Major, Squadron Leader or Lt Colonel depending on their choice of Armed Forces branch.

While MPs can join any branch of the Armed Forces in the United Kingdom, Miss Jones has chosen to join the Army, reflecting the fact Brecon is proud to be the location of the Army's HQ in Wales and 160th Brigade.

This week, Miss Jones completed her first visit on the scheme. The three day ‘Introduction to Defence’ course at the Defence Academy in Shrivenham, provided a unique and privileged opportunity to experience Defence’s principal academic learning facility.

“I am absolutely delighted to join the Armed Forces Parliamentary Scheme for its 2020-2021 course.

“The Army has a significant presence in Brecon and Radnorshire, with their Wales Headquarters based at Brecon Barracks, Sennybridge Training Area and the Infantry Battle School.

“I think it is only right that I take every opportunity to learn more about how the army functions and the contributions it makes to Wales and the United Kingdom.”