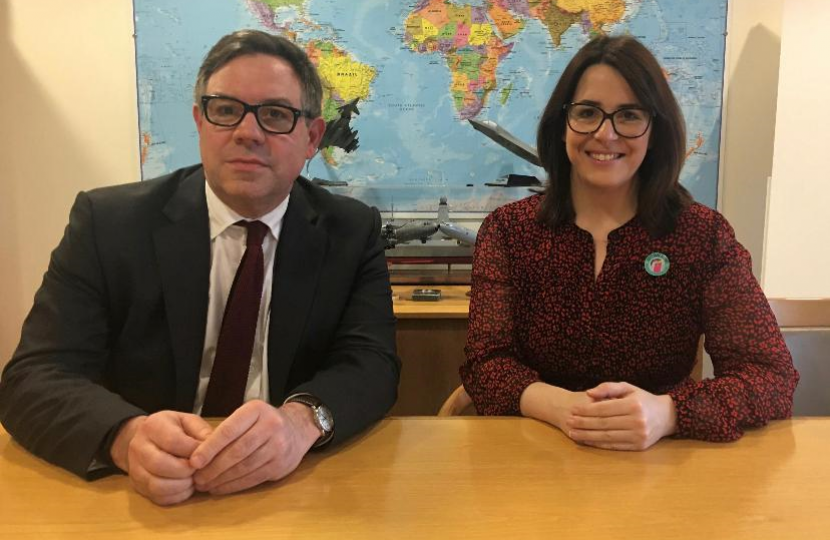 The announcement from the Minister for Defence Procurement, comes after Miss Jones met with the Minister to discuss the closure of Brecon Barracks, secured a commitment from him to visit the Barracks in person, and raised the issue in Parliament a number of times.

Since her election, Miss Jones has tirelessly campaigned against the closure of Brecon Barracks, stressing the tragic loss it would be to the local community. Miss Jones has hosted a Westminster Hall Debate on the issue, raised it during the first ever virtual Prime Minister's Questions in April, has tabled written questions on the topic, and most recently called on the Ministry of Defence to reconsider the closure of the Barracks in early January.  Throughout, Miss Jones has kept in close contact with the Army personnel based in Brecon.  She accompanied the Minister for Defence Procurement on a visit to the Barracks in December 2020.

Over the last year, Brecon Barracks sprang into action, as the centre of the Army’s response to the coronavirus pandemic in Wales. The 160th (Welsh) Brigade have stepped in to assist in a significant way, from running testing sites, to driving ambulances.

While the announcement today is an enormously positive development in her campaign, Miss Jones will not cease her work until the plans to sell The Barracks in 2027 are fully scrapped.

“I am delighted that the headquarters of 160th (Welsh) Brigade will remain in Brecon. This is a huge step forward in the campaign to keep The Barracks right at the heart of Brecon town centre. I was delighted to be able to join the Minister for Defence Procurment at The Barracks in Brecon and I want to pay tribute to Brigadier Andrew Dawes for all the support he and his team have given me in arguing the case for The Barracks.

“Brecon has a proud military history as home to both 160th (Welsh) Brigade and Derring Lines – the Infantry Battle School, and it is great news to hear that the Army’s headquarters in Wales will remain in the town.

“It cannot, however, be overstated how important Brecon Barracks is to our national security. The Army’s joint response to the coronavirus pandemic continues to be organised from the barracks – it is very much still a centre for active military operations and I am so grateful to everyone based there for the incredible hard work they have put in over the last year.

“While the announcement today is a welcome first step in the right direction and I thank the Minister for this decision, selling The Barracks makes little financial sense – especially when compared against the loss to the town.  I want to see an even bigger military footprint in Brecon and so I will continue to campaign until future of The Barracks is secured.