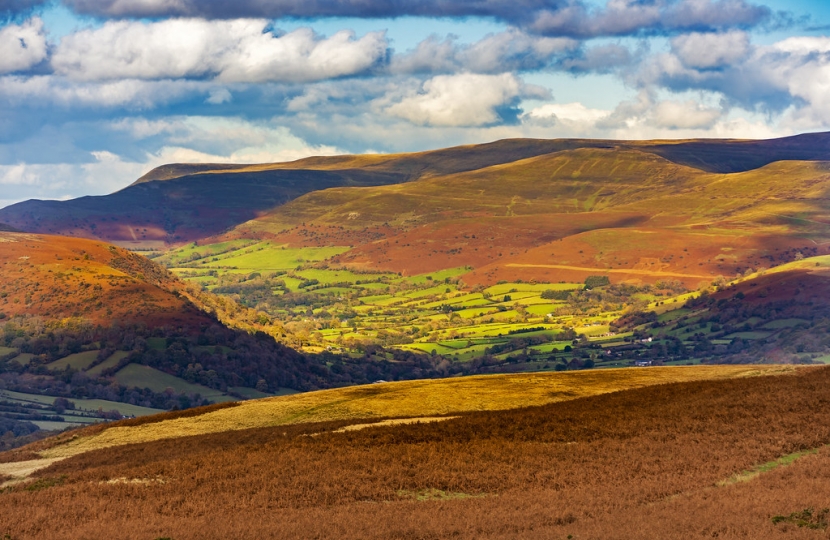 Fay Jones MP has joined with Labour member of the House of Lords David Lipsey to support an amendment to the Parliamentary Constituencies Bill, that would see the Brecon and Radnorshire parliamentary constituency protected.

The Parliamentary Constituencies Bill will, if passed, amend the boundaries of parliamentary constituencies across the country.  The Bill will maintain the existing number of 650 constituencies but border changes will result in eight fewer seats in Wales.  While the exact changes will not be known for some time (and will be for the Boundary Commission to decide, not the Government), the Brecon and Radnorshire constituency could see its borders expanded north or west into either Montgomeryshire or Ceredigion.

Former Labour Party adviser, David Lipsey, is working on the Bill in the House of Lords.  He has tabled an amendment which would add Brecon and Radnorshire to the list of protected constituencies – meaning its current borders cannot be changed.

Speaking during the Committee stage of the Bill in the House of Lords, Lord Lipsey said:

“I believe strongly that it should remain a single constituency.  Brecon and Radnorshire has an absolutely fascinating recent political history.  Places are a bit more than just registers in town halls. Places have a history and that is the political history of Brecon and Radnor. When you start adding bits to them which have nothing to do with that history, that history is by definition diluted, and therefore the sense of community, which is hard to create in a constituency of that size, is under threat from the additional bits that have popped on to the back of it”

“I very much support the Government in its efforts to reform the outdated constituency boundaries, but I hope we can make an exemption for Brecon and Radnorshire.   Brecon and Radnorshire is an outstanding constituency but it is not without its challenges – as we all know.  Ours is a beautiful but vast area.  Sometimes we are far away from our neighbours meaning that those who live in Ystradgynlais share little in common with people in Presteigne.

"Widening the boundaries could mean that constituents in some areas see less of their MP – something which I am keen to avoid.  While I consider myself young enough to do the job justice, a larger constituency could put off future candidates.

"The Government has kindly agreed to consider Lord Lipsey’s amendment, however, even if it cannot be adopted, I fully intend to serve Brecon and Radnorshire for as long as I am able – wherever our borders lie.”

"Fay Jones and Lord Lipsey  will be asking for a meeting with the Minister, Lord True and the Cabinet Office Minister, Chloe Smith, to debate these points further."