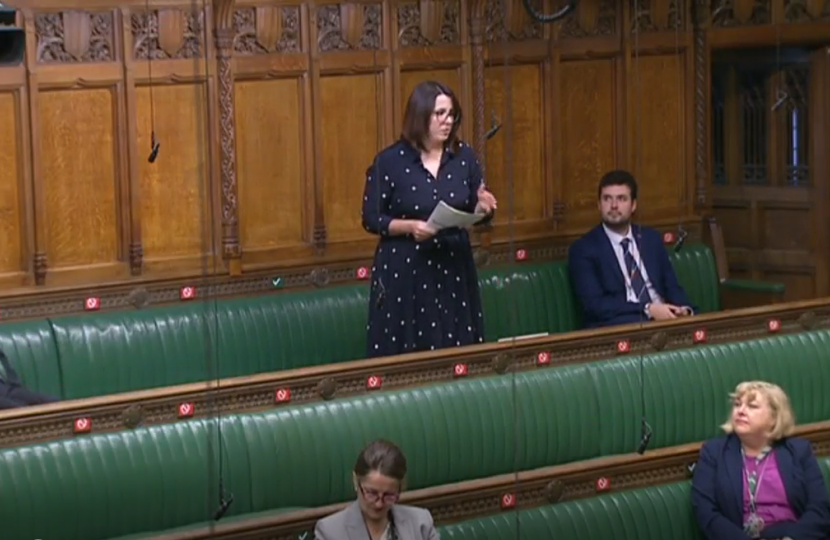 Today during Business Questions, Fay Jones MP raised the woeful lack of dental services available in Brecon and Radnorshire, asking for a debate to discuss what action can be taken to address the Welsh Government's failures in this area.

Miss Jones highlighted the fact that since her election in December 2019, constituents of Brecon and Radnorshire have continually raised lack of dental services with Fay Jones MP, particularly in the Builth Wells and Llandrindod Wells area. She went on to stress that this is a fundamental basic service which she didn't feel she should have to campaign on. But, due lack of action on this issue, Miss Jones said she felt she had no choice but to ask for a debate on what to do when constituents are denied access to basic healthcare by the Welsh Government.

In June, Miss Jones wrote to Vaughan Gething MS, Minister for Health and Social Service asking for an explanation for the deficiency of dental provision in Brecon and Radnorshire. Mr Gething responded accepting that in Wales it has been difficult to attract and retain NHS dentists. He went on to suggest that anyone seeking access to NHS Dental Services should contact their Health Board for the latest information and to discuss their particular circumstances.

"The lack of dental services available in Brecon and Radnorshire is appalling and has been since before the coronavirus pandemic.

"The Welsh Government have failed to address this issue and it is forcing patients to travel over the border or pay for private treatment. Many of my constituents are unable to afford private treatment, and some report not having been able to see a dentist in years. By accepting the current situation as the status quo, the Welsh Government are only creating long term dental health problems.

"I will not accept a second class service just because we are in a rural area, and I would encourage any constituents who are having difficulty getting an NHS dental appointment to write to the Health Minister, Vaughan Gething MS to ask him what action he will be taking to address the lack of dental provision in Brecon and Radnorshire."