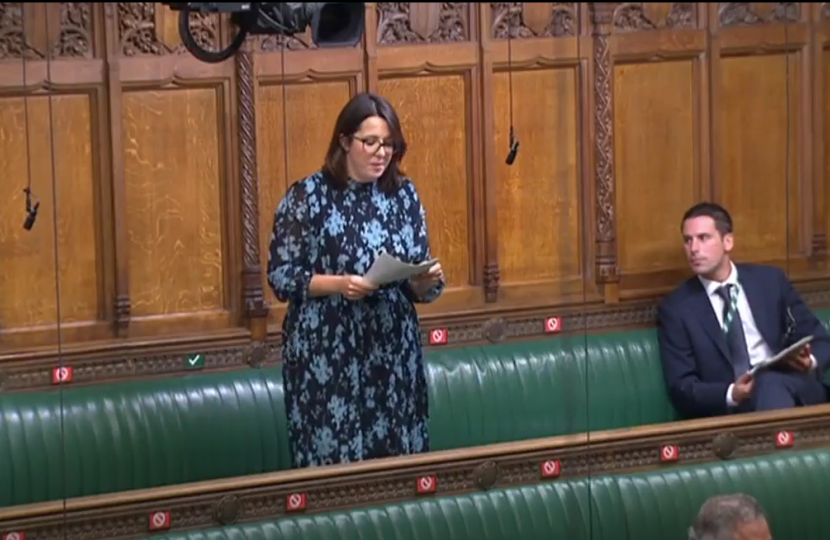 Today during Wales Questions in Parliament, Fay Jones MP praised the Eat Out to Help Out scheme and called on the Welsh Government to create a similar scheme to support women to get back into the workplace.

Miss Jones asked the Secretary of State for Wales, Simon Hart MP what steps the Government are taking to support people back into work in Wales. The Secretary of State responded highlighting that more than 400,000 Welsh jobs had been supported by the Coronavirus Job Retention Scheme by the end of July, and £295 million has been provided to support 110,000 self-employed people. Since the start of March, that is at least 510,000 people in Wales who have been supported directly by the UK Government.

Recognising the unprecedented support provided by the UK Government to Wales during the COVID-19 pandemic, Miss Jones noted that more than 77,000 meals were enjoyed in Brecon and Radnorshire as part of the Eat Out to Help Out scheme. Miss Jones welcomed the boost this brought to the hospitality and tourism sector, particularly given that these sectors largely employ more women than men. She went on to call for the Welsh Government to establish a similar scheme to boost the economy in Wales and to get more women back into the workplace.

"Supporting women to get back into the workplace is incredibly important following COVID-19 and the resulting lockdown. I am delighted that the Eat Out to Help Out scheme has done just that, boosting the tourism and hospitality sector which employs a large proportion of women.

"Wales has benefitted enormously from UK Government schemes such as Eat Out to Help Out, the Coronavirus Job Retention Scheme and the Self Employment Income Support Scheme, to name just a few.

The full exchange can be watched here.