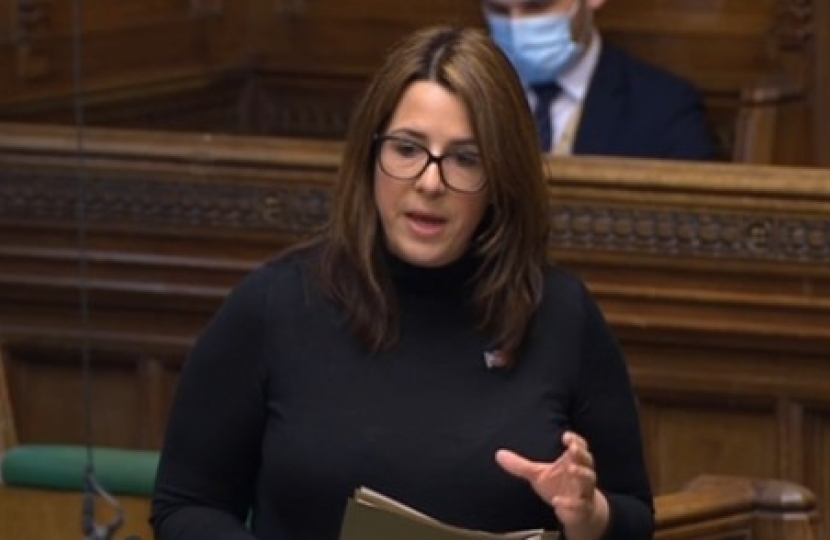 Fay Jones MP has called for Welsh Government proposals for a Nitrate Vulnerable Zone to be withdrawn, following new evidence that water companies have been illegally dumping untreated sewage into rivers.

While responsibility for river protection lies with the Welsh Labour Government, Miss Jones has voiced concerns about the health of rivers in her constituency for many months now. Miss Jones has been clear that the levels of river pollution are unacceptable and that the cost of clearing up our rivers needs to be shared amongst all polluters.

Panorama found that Welsh Water’s Aberbaiden plant illegally dumped untreated sewage into the River Usk on 12 consecutive days in December 2020. The investigation also discovered Welsh Water has been using a sewage overflow pipe on the River Usk without a permit. Welsh Water told Panorama that it hoped to have a permit for the overflow pipe by July and it doesn't accept its sites are operating illegally.

Under the guise of tackling river pollution, the Liberal Democrat and Labour coalition Welsh Government, has introduced a Nitrate Vulnerable Zone across the whole of Wales. This proposal indiscriminately penalises farmers, placing strict and costly restrictions on them regardless of water quality in their area, while failing to address other sources of pollution.

Miss Jones has written to Natural Resources Wales and the Welsh Environment Minister, to raise her concerns and call for NVZ proposals to be withdrawn until Panorama's allegations can be investigated.

“This Panorama investigation has brought to light alarming evidence of water companies illegally dumping untreated sewage in rivers, to the detriment of our natural environment.

“I have been saying for months now that poor water quality in our rivers is likely due to a plethora of factors, including sewage works, but instead the Welsh Labour Government supported by the Liberal Democrats, insist that farmers are to blame for this problem

“While we all agree that something needs to be done about river pollution, the brunt of the costs should not be borne solely by farmers. The introduction of a Nitrate Vulnerable Zone across the whole of Wales would indiscriminately penalise farmers, regardless of water quality in their area and completely ignores the actions of water companies.

“The Welsh Government Minister for the Environment should immediately withdraw the Nitrate Vulnerable Zones, until Panorama’s shocking allegations can be fully investigated.”