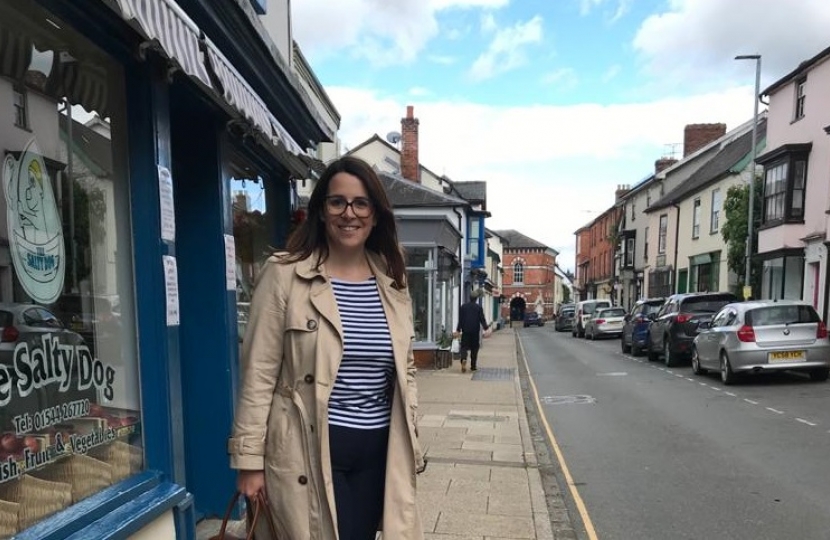 Fay Jones MP has welcomed the Government’s plans to make it easier for employers of all sizes to join its flagship £2 billion Kickstart Scheme, which has already created more than 120,000 Kickstart jobs across the UK.

The Government’s Kickstart Scheme is designed to give young people at risk of long-term unemployment a future of hope and opportunity by creating high-quality, government-subsidised jobs across the UK, supporting them into work as it delivers on its commitment to level up the entire country.

Introduced as part of the Plan for Jobs, the Kickstart Scheme allows employers to offer young people between 16 and 24 who are on Universal Credit a six-month work placement that is fully funded by the Government.

Since it first launched in September, the Government has been working with companies across a wide range of sectors to create over 120,000 Kickstart jobs; and in encouraging more employers to join, it is now making it easier for companies of all sizes to apply for any number of vacancies.

From February, businesses can apply to the scheme for any number of placements, with the 30 vacancies minimum threshold removed so they can sign up directly. Employers can still apply through one of the over 600 Kickstart gateway organisations including local authorities, charities and trade bodies, that have supported them in applyinig for funding for 29 or less job placements through the scheme.

“As we look to our economic recovery, the UK Government is committed to levelling up opportunities, so no young person is left behind because of the pandemic.

“The Government’s Kickstart Scheme is a clear demonstration that we are putting young people at the heart of our plans to build back better, and with over 120,000 Kickstart jobs already created, businesses are giving them their backing too.

“Since the Kickstart Scheme was launched last year, I’ve had a number of smaller employers in Brecon and Radnorshire tell me that they would love to take on some young people for a six-month work placement, but they simply could not meet the 30 vacancies minimum threshold.

“I’m delighted that the UK Government has listened to this feedback and removed the 30 vacancies threshold. It is now easier for small and medium sized businesses across Brecon and Radnorshire to access the Kickstart Scheme.

“By investing in their potential, we can put thousands of young people on the path to a brighter future, and I would urge as many employers as possible in Brecon and Radnorshire to sign up.”

“Young people are among the hardest hit in times like these, which is why we’re doing everything we can to ensure they’re not left without hope or opportunity.

“The Kickstart Scheme is central to this. Since opening for applications last Autumn, we’ve worked with some of the most exciting companies to create more than 120,000 Kickstart jobs – which is a huge vote of confidence in our young people at a challenging time.

“With £2 billion available and no limit on the number of places, it’s now easier than ever for businesses across Great Britain to take part. Join us as we harness the talents of the new generation of kickstarters.”

“Kickstart has moved up a gear and I encourage employers to join us and invest in the next generation of talent by joining our Kickstart Scheme.

“By removing the threshold of a minimum 30 jobs for direct applications, we are making it even simpler to get involved.

“Now is the time to prepare for post-lockdown placements and employers will now have a choice to apply direct or through one of our 600 fantastic Kickstart gateways who may be locally connected or sector-specific providing that tailored support”.