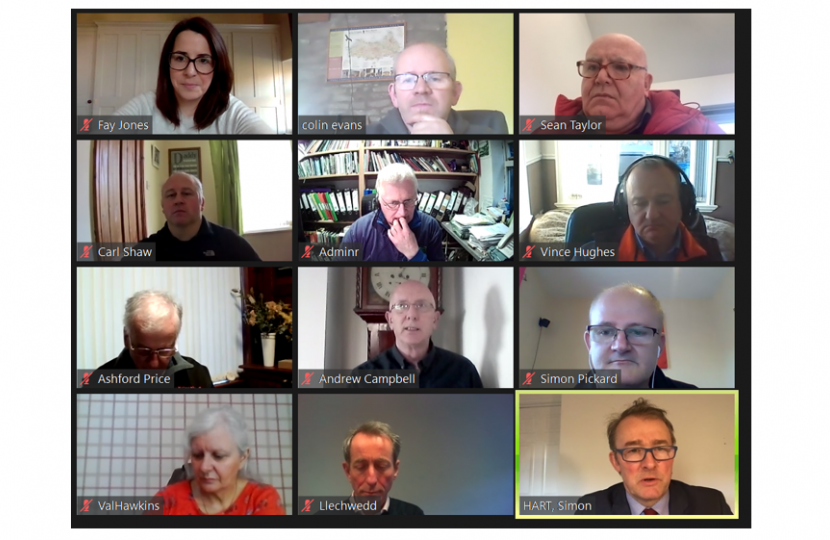 Member of Parliament for Brecon and Radnorshire, Fay Jones MP has hosted a roundtable between members of the Welsh Association of Visitor Attractions and the Secretary of State for Wales to discuss the difficult situation the tourism industry faces due to the pandemic

The Welsh Association of Visitor Attractions has over 80 of Wales’ biggest attractions as members, all of whom have been hit hard by coronavirus and the resulting restrictions. Many visitor organisations in Wales have been unable to open for more than ten weeks in the last year.

Since the beginning of the pandemic, visitor attractions have been able to access the UK Government’s furlough scheme and VAT reduction, and many have benefitted from the Welsh Government’s business rates relief and Economic Resilience Fund. Despite the Welsh Government not yet confirming an estimated date for tourism reopening in Wales, business rates relief, the furlough scheme, and the VAT cut are due to finish at the end of April, though this may change with the 2021 Budget on Wednesday 3rd March.

With restrictions in Wales and England beginning to be lifted, concerns were raised that if a four-nations approach is not taken in reopening tourism and lifting restrictions on travel, reopening visitor attractions in Wales might not be financially viable as many rely on visitors from England. Equally, if self-catered accommodation was to reopen and visitor attractions were not, there is a risk that visitors could flock to the few open attractions such as Pen y Fan, causing overcrowding and resulting in tensions between visitors and local communities.

Miss Jones has been vocal in her support for the tourism industry throughout the pandemic, regularly meeting with them to discuss their concerns and making representations on their behalf to the highest levels of the Government.

“I would like to thank both the Secretary of State for Wales and the members of the Welsh Association for Visitor Attractions for attending this meeting. It was a productive, frank discussion about the harsh realities facing the tourism industry.

“It is not just Brecon and Radnorshire’s rural economy which relies on the tourism industry; across large swaths of Wales, people’s livelihoods depend on visitors spending money. While we can now see the road to recovery, it is a long road and many businesses in this industry will need a helping hand along the way.

“We must continue to support our tourism, hospitality and events industry financially, listen carefully to their concerns and provide them with some idea as to when they will be able to reopen. The Welsh Government must follow the UK Government’s lead and publish a detailed plan for exiting lockdown, ideally so that Wales and England can emerge from lockdown together.”

“On behalf of WAVA I would like to thank Fay Jones for arranging the meeting and the Secretary of State, Simon Hart for his time.

“Visitor attractions in Wales are entering another period of uncertainty with a very unclear road map ahead. Attractions would like to open when it is safe to do so, but until then they will require further financial support.

“A clear aligned policy between all the home nations is what we require.”