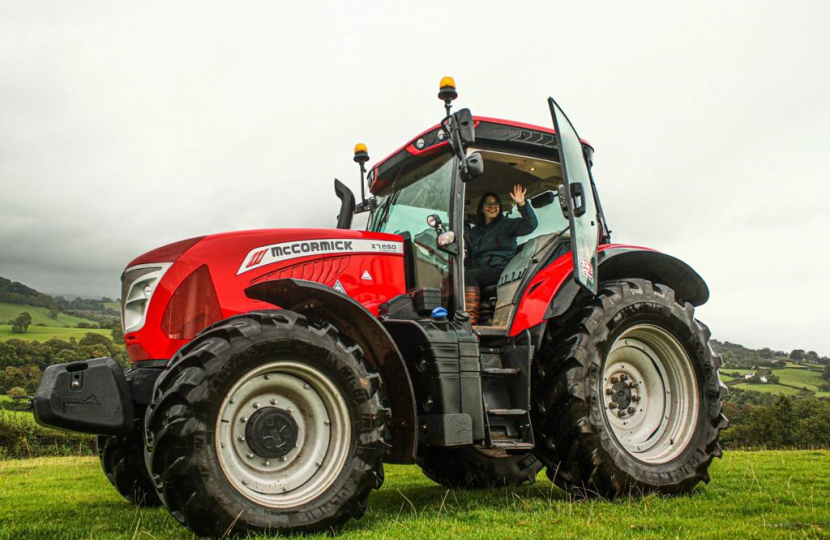 On Wednesday 16th December, the inaugural meeting of the All-Party Parliamentary Group on Farming took place with Member of Parliament for Brecon and Radnorshire, Fay Jones MP becoming Chair.

The All-Party Parliamentary Group for Farming will allow Members from both the Houses of Commons and Lords, to learn more about, and experience first-hand, the world of British Farming. Through engagements with external organisations and visits to an array of sites across the industry, the APPG will seek to encourage parliamentarians to develop a greater understanding of and appreciation for the vital role that British Farming plays to our nation’s health and economy.

It is hoped that the what is learnt through the APPG will encourage lawmakers to develop more well-rounded view of the sector, in a more hands-on way. With MPs representing each of the four nations and almost all parliamentary parties, the APPG will rise above politics and instead focus solely on promoting our world-class, British Farming.

Miss Jones has been one of the driving forces in establishing the new Farming APPG, working closely with fellow Conservative Member of Parliament for Rutland and Melton, Alicia Kearns MP. The APPG is open to Members of Parliament from all political parties and currently has members from the Conservatives, Labour, DUP and Liberal Democrats.

In addition to her role as Chair of the APPG on Farming, Miss Jones is also Parliamentary Private Secretary for the Department of Environment, Food and Rural Affairs. Miss Jones has spent over 11 years prior to her election working on behalf of British farmers. She has worked for the Department for Environment, Food and Rural Affairs in the UK negotiating team in the 2011 Common Agricultural Policy reform, and she has spent almost five years working for the National Farmers Union, including a three-year posting in their Brussels office.

Commenting on the creation of the APPG on Farming and her role as Chair, Fay Jones MP said:

“I am delighted to have been able to establish the APPG on Farming and I thank my colleagues from all parties for putting their faith in my leadership as Chair.

“Farming is so close to my heart and as Member of Parliament for Brecon and Radnorshire, I am incredibly proud to represent some of the best farmers and food producers in the world.

“This is a pivotal time for the British farming sector. We are seeing an increasing focus on climate change and decarbonisation, the Brexit transition period is coming to an end, and the UK will be taking full control over our agricultural policy for the first time in nearly fifty years.

“As Chair of the APPG and PPS to DEFRA, I am determined that the voices of farmers across the United Kingdom will be heard both in Parliament and by the UK Government. I would like to thank every Member of Parliament who has joined the group so far and warn them that the hard work starts now!”