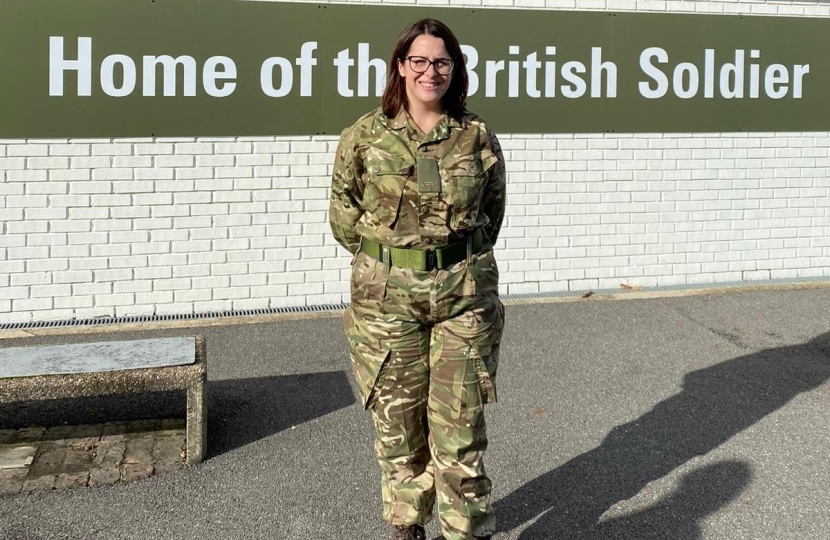 Member of Parliament for Brecon and Radnorshire, Fay Jones MP, has welcomed UK Government’s announcement of the biggest programme of investment in British defence since the end of the Cold War.

Today, the Prime Minister announced a £16.5 billion increase in defence funding over the next four years. This is in addition to the Conservative’s manifesto commitment. The UK Government has already pledged to increase defence spending by 0.5% above inflation for every year of this parliament. On existing forecasts, this is an overall cash increase of £24.1 billion over four years compared to last year’s budget.

The multi-year settlement will allow the MoD to invest in next-generation military capability, defending our people from new and evolving threats and protecting the world’s most vulnerable while creating 10,000 jobs annually across the UK. This will reflect the expertise and ingenuity of British people both inside and outside our Armed Forces, harnessing the UK’s skills in construction and science and reinvigorating those industries in the coming decades.

The commitment will allow the UK Government to invest in cutting-edge technology, positioning the UK as a global leader in domains such as cyber and space and addressing weaknesses in our defence arsenal. To support these advancements the Prime Minister will also announce a new agency dedicated to Artificial Intelligence, the creation of a National Cyber Force to protect our people from harm and a new ‘Space Command’, capable of launching our first rocket in 2022.

“I am overwhelmingly proud of the Conservative UK Government taking this decision to end the era of retreat in our military spending.

“The UK faces new and emerging threats. Alongside the £16.5 billion in additional military funding, I welcome the Prime Minister’s announcement of a new agency dedicated to Artificial Intelligence, the creation of a National Cyber Force and a new Space Command.

“This announcement will directly benefit Brecon and Radnorshire, where the Army has a significant presence. The Army’s Wales Headquarters are based at Brecon Barracks, we are also home to Sennybridge Training Area and the Infantry Battle School.

“Taking part in the Parliamentary Armed Forces Scheme has really opened my eyes to the sterling job our armed forces already do, but this significant funding boost will enable them to confront the challenges of the 21st Century with the backing and support they deserve.”