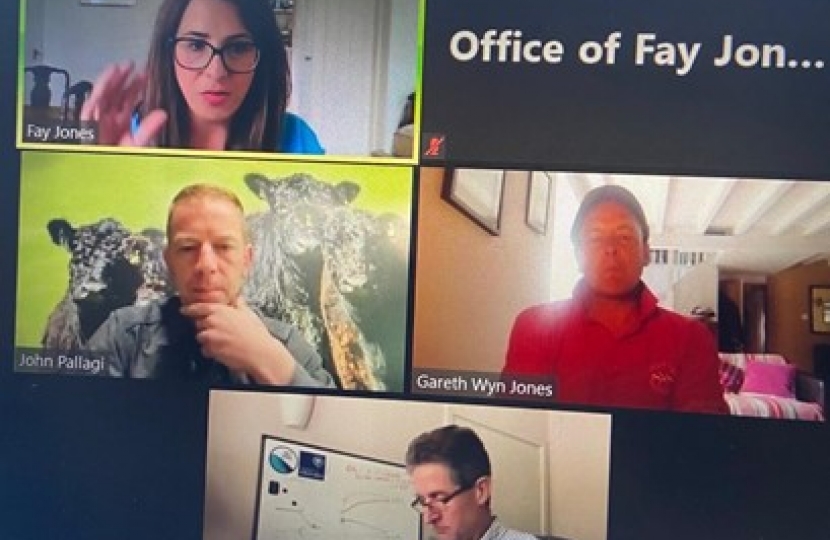 This week, Brecon and Radnorshire MP, Fay Jones, led a lively panel discussion on how our personal health and the environment can be benefitted by sustainably reared red meat.

Hosted by the All-Party Parliamentary Group for Farming, of which Ms Jones is the Chair, the meeting was attended by a large group of Members from both the House of Commons and the House of Lords, in addition to high-profile external figures from across the industry.

The panel included the presenter of BBC’s The Family Farm, North Wales farmer, Gareth Wyn Jones, John Pallagi, CEO of the UK’s largest online butcher, Farmison&Co. and Professor Myles Allen, the head of the Climate Dynamics Group at the University of Oxford.

The passionate discussion challenged the negative perception of red meat, all too often employed by various lobbying groups and in some corners of the media. Backed up by testimony and evidence from the panellists, the discussion concluded that promoting the consumption of sustainably reared meat should not be discouraged and is in fact vital to meeting the demands of a changing climate.

Fay Jones MP said: “ This was a fantastic session which disproved many of the myths pedalled by the anti-farming vegan lobby.  Red meat is a healthy, sustainable product of which we should all be proud.

I’m particularly pleased that Professor Myles Allan highlighted the work British farmers have done to reduce carbon emissions.  His evidence contradicts the media perception of the agriculture sector and farmers should be applauded for contributing in this way.

I’m glad to have the scientific evidence to back up what many of us in Brecon and Radnorshire already know – that Welsh livestock farming is good for our diet, good for our economy and above all, good for our environment.”

Last week, Brecon and Radnorshire MP, Fay Jones, used a debate in Westminster to call for Welsh farmers to have a say in International Trade arrangements.